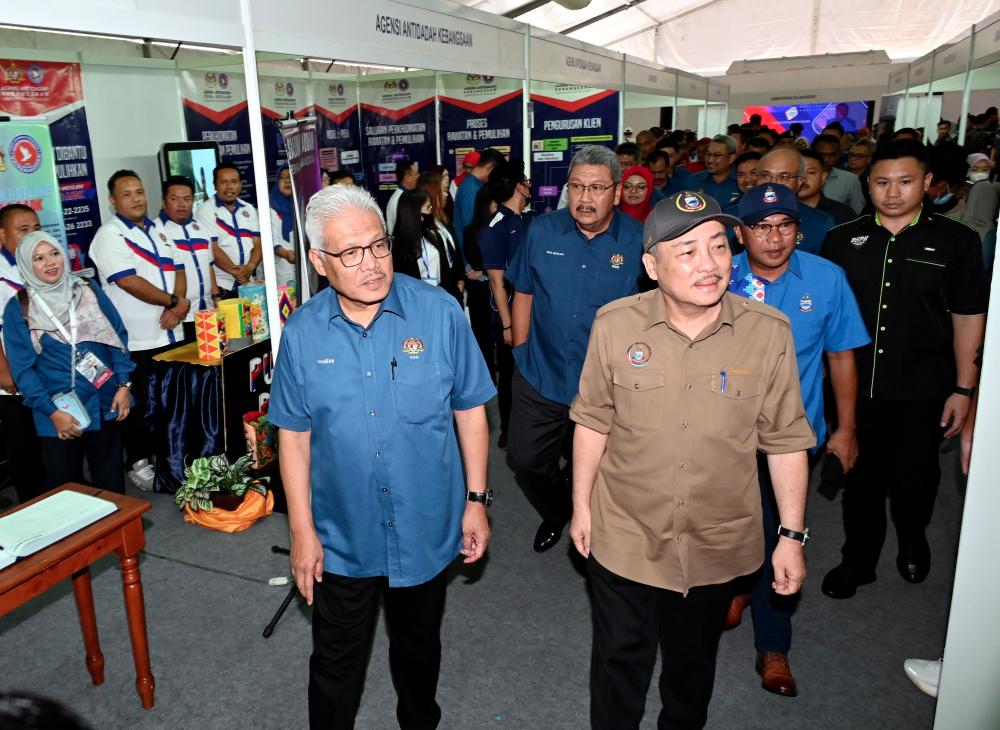 He said apart from knowing the true number of foreigners residing in the state, the data collected on all would also ensure that they had valid documents, whereby action could be taken against those who were undocumented under existing laws.

“The next phase after data digitalisation is focusing on document standardisation to ensure that all those in Sabah are properly documented,” he said when officiating the closing ceremony of the Sabah zone ‘Kita Demi Negara’ programme organised by the Home Ministry (KDN) which was attended by its Minister, Datuk Seri Hamzah Zainudin at the Likas Sports Complex today.

Meanwhile, Hajiji stressed that the Sabah government would not compromise in efforts to improve security in the state, which was crucial, considering Sabah had borders with several neighbouring countries.

He said Sabah, as the second largest state in Malaysia, and with a long coastal area and over 40 islands, was exposed to all kinds of threats, among them illegal immigrants, intrusions by foreign fishermen, international borders and citizenship issues.

Hajiji said the move to establish General Operations Force (PGA) checkpoints at strategic areas in the interiors of Sabah was not only the right move but also a proactive measure to stop external threats.