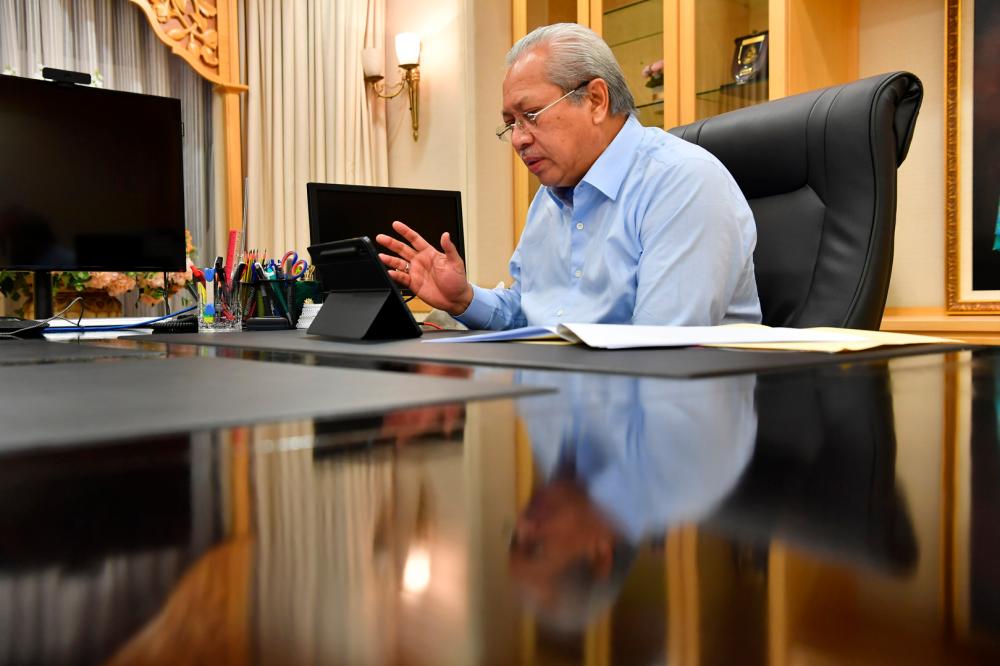 KUALA LUMPUR: The digital economy has the potential to be the key driver in developing new industries and areas of growth in ASEAN as it has become an important element in everyone’s daily life, said Communications and Multimedia Minister Tan Sri Annuar Musa.

Speaking during the Dialogue on China-ASEAN Information Harbor at the 2021 World Internet Conference Wuzhen Summit virtually today, he said the Covid-19 crisis had transformed digitalisation from healthcare services to online purchases and payments.

Annuar said Malaysia has introduced the National Digital Infrastructure Plan (Jendela) to boost digital connectivity as well as preparing the country for the transition towards 5G technology.

“The 5G deployment in stages will transform Malaysia into an innovation hub and attract new investments worth RM70 billion in the digital sector from international and local investors.

“This will help the country to create new business opportunities and high-value jobs, with an estimated 100,000 new jobs expected between 2021 and 2025,” he said.

Annuar said the launching of MyDigital and the Malaysia Digital Economy Blueprint in February this year was expected to contribute to a GDP of an estimated 22.6 per cent by 2025.

Annuar shared that Malaysia was one of the best ranking countries in the region when it comes to potential in the cyber security industry, and Malaysia Cyber Security Strategy 2020-2024 which was launched in October 2020 and the launching of the CYBER Security Empowerment Programme (SiberKASA) in March this year were efforts to tackle cyber security threats.

“At the ASEAN level, Malaysia is working together with Singapore through our national cyber security agencies to develop the ASEAN Plan of Action on the Implementation Norms of Responsible States Behaviour in Cyberspace to ensure effective and practical implementation of these norms,” he added.

In January this year, Annuar said the ASEAN Digital Ministers launched the ASEAN Digital Masterplan 2025 in which the plan was to drive ASEAN’s aim to be a ‘leading digital community and economic bloc, powered by secure and transformative digital services, technologies, and ecosystem, and undergirded by cyber security to foster a trusted and reliable digital space’.

According to the World Economic Forum, Annuar said ASEAN has the world’s fastest expanding internet market where the region’s internet economy in 2019 hit US$100 billion, three times more than the last four years.

By 2025, the region’s internet economy is expected to grow to US$300 billion and that will make ASEAN the world’s largest single market by 2030, he said.

Taking into account the momentum of the ASEAN-China Year of Digital Economic Cooperation and the possibility of ASEAN-China Digital Cooperation, Annuar described the dialogue programme was a good venue to foster deeper collaboration, exchange ideas and explore new development points in digital cooperation.

Themed ‘Towards a New Era of Digital Civilisation – Building a Community with a Shared Future in Cyberspace’, it was held in a hybrid manner this year with nearly 2,000 representatives from over 80 countries and regions. - Bernama

3.Will Sarawak DUN be dissolved today?

4.Lucky numbers from an unlikely source