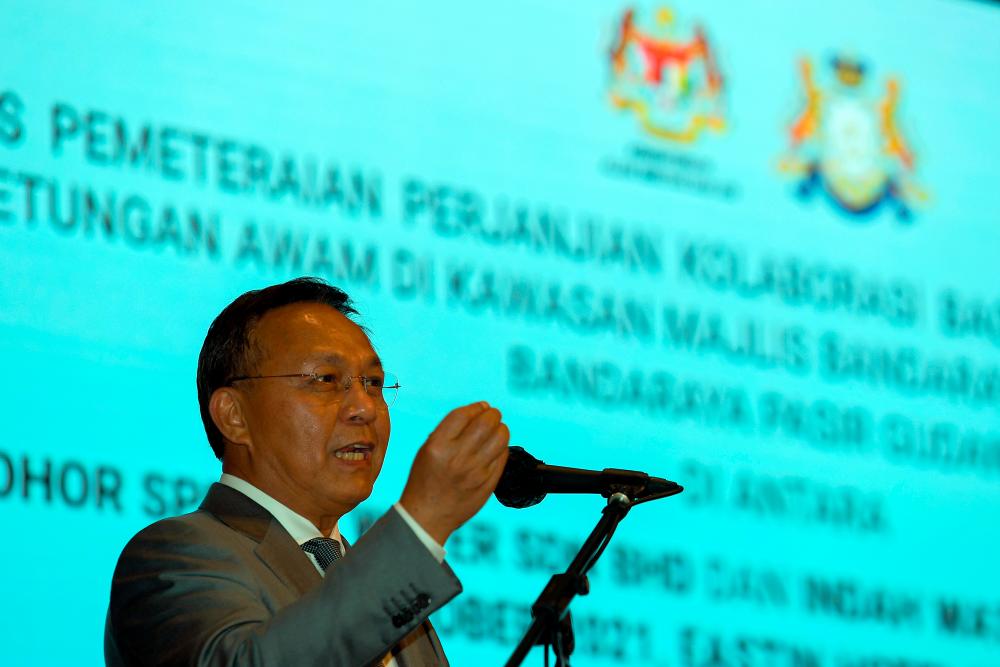 ISKANDAR PUTERI: Discussions on the opening of sea Vaccinated Travel Lane (VTL) connecting the Tanah Merah Ferry Terminal, Singapore to the Desaru Coast Ferry Terminal near Kota Tinggi are expected to be carried out at the Malaysia-Singapore Joint Ministerial Committee (JMC) as early as next month.

He said that, if the sea VTL could be implemented, it would give an effective and comprehensive impact especially to the tourism sector.

“The Desaru Coast Ferry Terminal is already completed but not yet operational. So, the government is still waiting for the decision of Khazanah Nasional which owns the ferry terminal on the form of co-operation and other matters which are still being discussed.

“But what is important is that the government allows this sea VTL following discussions between the two countries,” he told a media conference after opening the Iskandar Apprenticeship Programme, here, today.

He said this when asked to comment on discussions to open sea VTL.

He said Prime Minister Datuk Seri Ismail Sabri Yaakob, in his official visit to Singapore on Nov 29, had discussed the opening of the sea VTL which was received well by Singapore Prime Minister Lee Hsien Loong.

“Prime Minister Lee also gave his response that the opening of the sea can be considered. So, through the JMC, maybe the discussions can be speeded up,” he said.

On Nov 29, Ismail Sabri, and Lee, launched the land VTL between Malaysia and Singapore at the Woodlands Checkpoint.