Discussions will continue between fishermen and Penang govt: Anwar 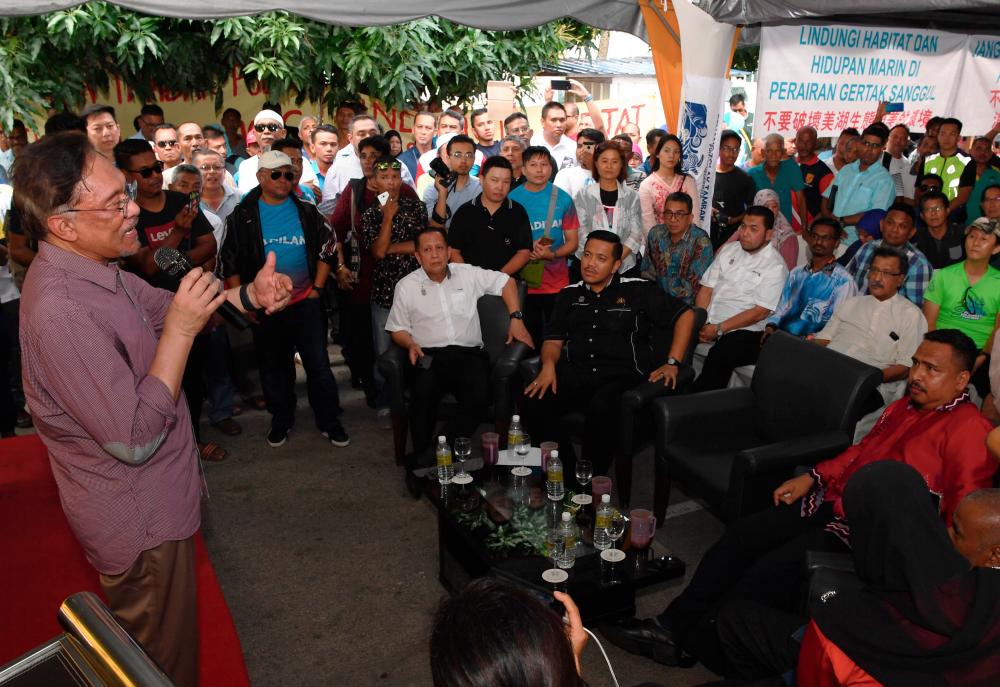 BALIK PULAU: There is still room for more discussions between the aggrieved fishermen and the state government over the Penang Southern Reclamation Scheme (SRS), even though the mega project had received EIA approval, according to PKR president Datuk Seri Anwar Ibrahim.

Anwar said that he will bring up the grievances of the fishermen and non-governmental organisations (NGOs) to the state over the project.

Anwar was speaking to the state Fishermen Association and Penang Forum members, who had on Thursday, organised a protest in front of Parliament in Kuala Lumpur to oppose the proposed SRS project.

The SRS scheme is part of the state’s strategy to raise funds to underwrite the ambitious RM46 billion Penang Transport Master Plan.

Anwar said that even through the EIA approval was given, there was still room to initiate a more detailed discussion between all parties and the state.

He pledged to bring up the matter to Chief Minister Chow Kon Yeow soonest.

“I am here to listen to all sides. But let me stress that it is no point achieving high development when it comes at the expense of mother nature and the safety as well as security of the human habitat.”

He questioned why the fishing villages cannot be developed alongside the reclamation project.

Anwar said that the Quran highlights the need for a balanced community, which is rich in morals, character as well as a moderate dose of materialism.

Anwar mentioned that he had seen Prime Minister Tun Dr Mahathir Mohamed to convey his interests to understand the point of view of both sides here.

He said that he understood that the fishermen are unhappy that their livelihood would be compromised by the reclamation, which spans three man-made islands totalling 1,800 ha to be shaped off the southern tip here.

Anwar also urged the state to disclose the 72 conditions which the EIA report had imposed on the developer before the reclamation can begin.

3.Gearing up for revival of tourism activities after a long hiatus