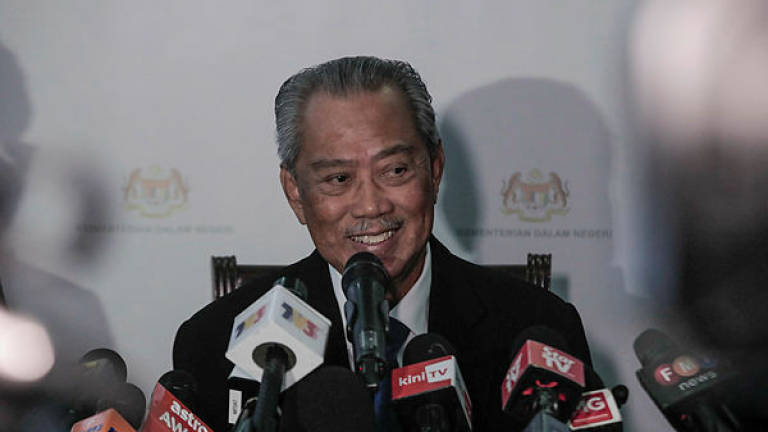 He said the policy was aimed at improving strategies and national security measures that had been restructured.

Muhyiddin said the new policy was also to replace the Internal Security Policy as part of efforts to streamline existing procedures.

“DKKA has six core areas and 21 strategies including a provision for the Home Ministry to set up a high-level committee which will be chaired by me together with top officers as well as relevant agencies.

“It is for us to ensure the strategies that have been formulated can be implemented in order to ensure that our country will remain safe and problems related to public order can be effectively addressed,“ he told a press conference after the launch of DKKA at the Home Ministry Complex here.

Asked on the timeframe to implement DKKA, Muhyiddin said it would be implemented in stages beginning today.

“We will see if there are changes in DKKA that need to be improved from time to time based on the National Security Policy framework,“ he said.

Commenting on whether there would be any changes to the law under the ministry, he said there were acts such as the Peaceful Assembly Act 2012 which had been presented to Parliament while some would be brought to the house in the near future.

“There are also other acts that are still being studied based on the Pakatan Harapan government manifesto,” he said.

Muhyiddin said DKKA would also ensure the security and public order of the country would continue to be maintained.

He also said that the ministry would come out with a comprehensive communications plan to provide a better understanding of DKKA to all relevant parties.

“This is important to ensure a comprehensive understanding of the policy as well as to implement all the initiatives efficiently and effectively,” he said. — Bernama

1.PM to chair meeting on rising cost of living on Thursday: Mustapa

2.‘Origi may have to make peace with being squad player’