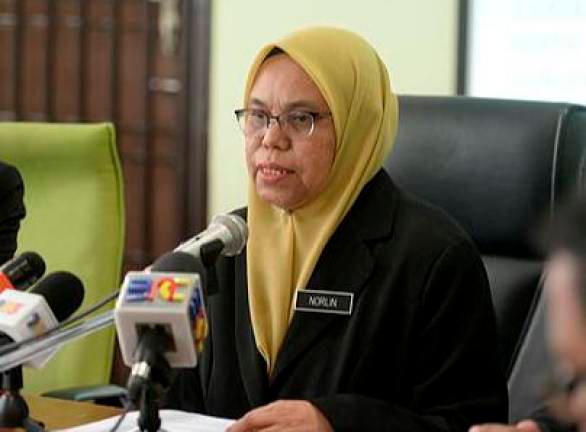 KUALA LUMPUR: The Department of Environment (DOE) will step up activities to prevent open burning and enforcement action against factories and motor vehicles to combat air pollution during the current hot and dry spell.

DOE director-general Norlin Jaafar (pix) said with the current weather, the potential of open burning occurring in hotspot areas, including at peat lands and landfills, are very high

“Based on records of complaints and department patrols, 418 open burning cases were detected this month (till yesterday) and the number is expected to rise if the dry and hot weather persists till mid-September,” she said in a statement here today, adding that such cases were usually caused by subsistence farming by locals.

Those behind open burning incidents can be punished under Section 29A (Act 127) that stipulates a maximum fine of RM500,000 or a maximum jail term of five years, or both, with a compound of RM2,000 per offence.

She said since January till yesterday, 358 compounds, 72 order notices were issued and nine investigation papers were opened for open burning offences, adding that effluent from industrial activities, land work activities and vehicles also contributed to the decline in air quality in several states.

If open burning and haze happen during the Covid-19 pandemic, it will increase the dangers of air pollution to public health. Up till 11 am today, however, no area in the country registered unhealthy API (air pollutant index) readings, she added.

In addition, 16 hotspots were detected, nine in Sabah, three in Pahang, two in Selangor and one each in Perak and Johor .

According to her there had also been a rise in the number of hotspots in the last three months with 242 hotspots detected in July (till yesterday) compared to 166 in June and 113 in May.

She urged the public to report pollution cases to the department at 1-800-88-2727 or via https://eaduan.doe.gov.my.-Bernama