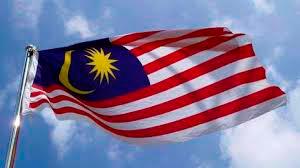 KUALA LUMPUR: The role of women has changed in tandem with changing times with their ability to shoulder huge responsibility in making Malaysia a developed and progressive country.

However, a poll on readers’ choice of second line leaders conducted by the local media recently raised questions when no names of women leaders were listed to take over the government’s leadership.

Are women still given less attention in the country’s political arena, government administration and in important fields that women are still less accepted in the society compared to men?

Gender Specialist Associate Professor Dr Jamaluddin Aziz said although some important positions in Malaysia are now filled by women, there are still gaps in statistics and perceptions by Malaysians on women’s involvement in certain fields.

He said only 18 per cent of the 43 highest positions in the government, such as secretary-general at ministries or director in the country are filled by women.

However, when compared to the Grant Thornton International Business Report (IBR), women held 33 per cent of senior management positions in private companies in Malaysia,” he said when contacted by Bernama, recently.

The senior lecturer at the Centre for Media and Communication Studies, Universiti Kebangsaan Malaysia also cited the The Global Gender Gap Index 2020 which showed a drop in women’s involvement, down by three to 104, compared to 2019.

This, he said, reflected the weaknesses and existence of gender gap in the country.

Thus, Dr Jamaluddin, who was a Gender Specialist at the Women, Family and Community Development Ministry, emphasised that gender equality does not mean 50/50, where the number of women and men are equal.

According to the labour force participation rate (LFPR) released by the Department of Statistics Malaysia, women’s participation in Malaysia is still low at 55.6 percent in 2019 compared to Singapore (69.1 percent).

Commenting on the involvement of women in the country’s political world, Political and Legal Analyst Datuk Dr Abdul Halim Sidek said politics in Malaysia is bound by the organisational structure of a political party where each party has its own quota, comprising women, youth and those from the Puteri wing.

Therefore, he said it is time for the women’s wing of every political party to be more vocal in their demand to be candidates for the 15th General Election (GE15).

“Actually, there are many women leaders of calibre. Many have the potential to be election candidates and hold senior positions in the government. So, the quota set by the political parties needs to be reviewed,” he said.

Abdul Halim, who is also the secretary of the Political, Security and International Affairs Cluster of the National Council of Professors, said the country’s politics needed a paradigm shift in the selection of election candidates to be in tandem with the current situation.

He was also of the view that ‘senior citizen’ leaders should be replaced with young or female leaders to administer the country.

Malaysia has 33 women parliamentarians out of a total of 222, which is 14.9 percent.

He said the ‘toxic masculinity’, that is the culture of leadership comprising men, was still prevalent and the society regarded that only men could be the leaders of an organisation or a country.

According to him, this could be seen through the increase in domestic violence and gender -based violence over the past year.

“WAO’s statistics showed that it received 1,442 calls on domestic violence in January to October 2020, while 1,496 complaints were received through the WhatsApps application, Think I Need Aid (TINA), for the same problem

He said that women who are still seen as weak and often oppressed are from the B40 category and the minority groups, such as the Orang Asli and refugees. -Bernama 3.US to end Covid-19 emergency declarations on May 11