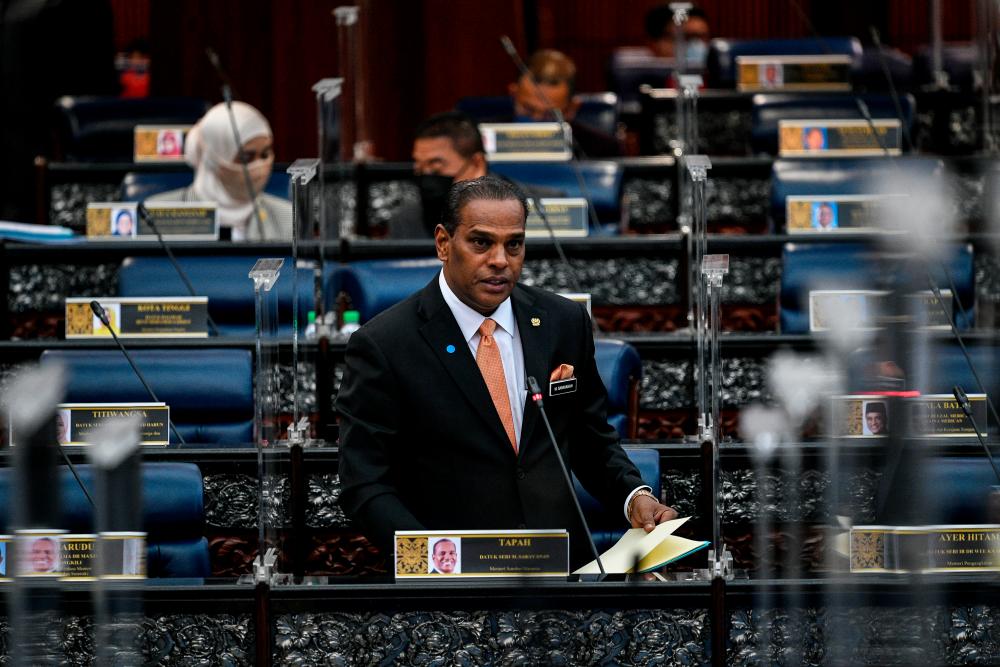 In addition, to ensure workers received training courses as stated in Clause 31 of the bill, he said DOSH would regulate the training provided that was registered with the director-general of the department.

“This is important to ensure the quality of training and the training providers’ services are of a stipulated standard in terms of module, teaching manpower and facility.”

He said this when winding up the debate on the bill in the Dewan Rakyat today.

Clause 31 of the bill is aimed at inserting a new section, namely, 31A on the power of the minister to carry out an order which is published in the gazette to require any class or description of persons to attend occupational safety and health courses with the registered training provider under the act.

Meanwhile, Saravanan said that from January to August this year, DOSH had carried out 180,000 enforcement activities nationwide with 138 prosecution cases involving a total RM1.56 million in penalties.

The Occupational Safety and Health (Amendment) Bill 2020 is not only for improving the safety, health and welfare of workers but will also protect individuals against the safety and health risks associated with work activities.

The bill was to amend the Occupational Safety and Health Act 1994 (Act 514) containing 55 clauses encompassing the addition of 27 new sections, the deletion of two sections and amendments to 35 existing sections.

It was then approved with a majority vote after 14 Members of Parliaments took part in the debate, including Wan Hassan Mohd Ramli (PAS-Dungun) who suggested that the government give appreciation and recognition such as tax relief or financial incentive to employers or companies who meet the criteria in looking after safety and health at the workplace.

“This measure is to prompt them to comply with the provisions in the act and as a manifestation that the government is very serious in the matter, and errant employers will be penalised as suggested in the act,” he said.