DOSH refutes report on death of Nepalese workers in Malaysia 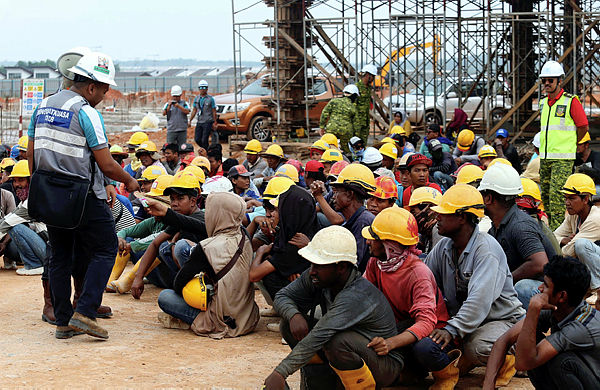 KUALA LUMPUR: The Department of Occupational Safety and Health (DOSH) today denied a report by a foreign newspaper that accidents at workplace which involved the death of Nepalese workers in Malaysia happened everyday in 2018.

In a statement issued here today, DOSH said that based on the department’s record, 23 Nepalese citizens were involved in fatal accidents while at work in 2018.

The statement was issued in response to an article in a portal [Opinion: Free Malaysia Today (FMT)] last Friday, which among others quoted a report by a newspaper in Nepal, The Kathmandu Post, claiming that 364 deaths involving Nepalese were reported in 2017, and one Nepalese worker died at work in Malaysia daily in 2018.

On the death of a Nepalese who was killed while at work at a meat processing plant in Alor Gajah, Melaka, last Dec 30, the department said it is still investigating the incident. — Bernama

Amendments to Act 514 to protect workers against occupational risks — Saravanan

Siti Zailah in the spotlight again over RM1,000 aid for eligible disabled

5.Amendments to Act 514 to protect workers against occupational risks — Saravanan