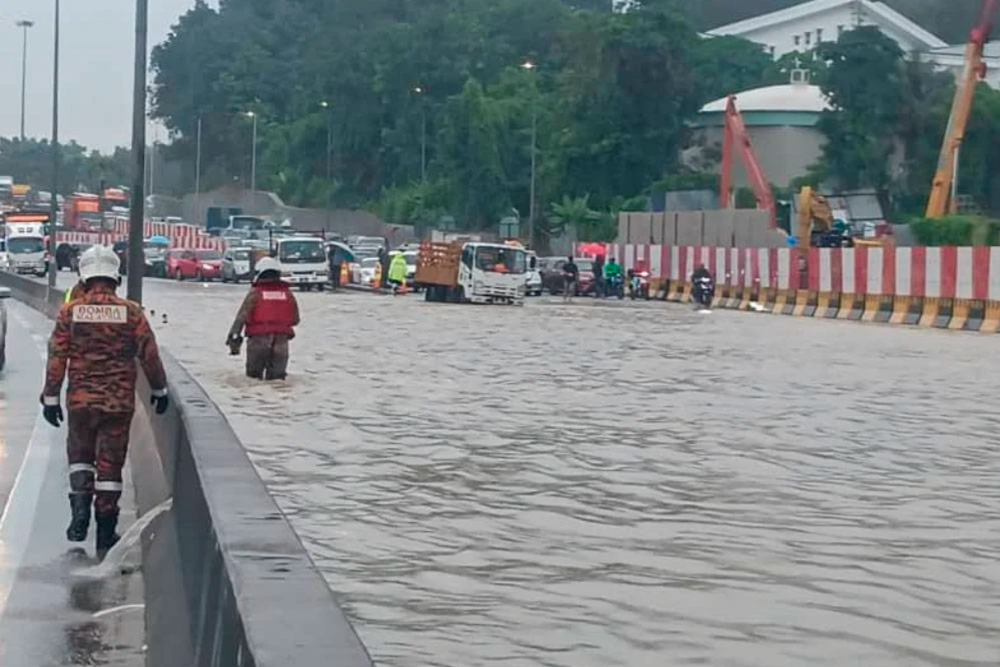 KUALA LUMPUR: An hour-long downpour and clogged drains had caused water to overflow onto the Kajang SILK Highway on the Putrajaya route towards Sungai Ramal Luar in Kajang, rendering it impassable at one-metre deep at 5 pm yesterday.

Selangor Fire and Rescue Department director Norazam Khamis said on receiving a call, eight fire engines and personnel from the Kajang Fire and Rescue Station (BBP) were rushed to the location.

“On arrival, the fire department sized up the situation and found that the overflow of water onto the road was due to blocked drains following heavy rain for over an hour.

“The estimated water depth was three feet (0.91 m), making the road impassable to any light vehicles. However, there were no casualties reported,” he said in a statement yesterday.

“The Kajang BBP’s operations commander, together with the police, helped smoothen the flow of traffic and no rescue work was necessary,” he said. - Bernama