Downtrend in global demand is of concern to Malaysia’s economy: Kenanga 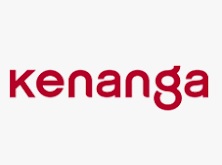 KUALA LUMPUR: A continuous downtrend in global demand in 2019 is a concern that may continue to weigh on Malaysia’s economy, said Kenanga Investment Bank Bhd.

In a research note today, it said external demand is expected to weaken in the coming months, with new exports orders weak across the region.

Despite the ongoing trade truce between the US and China now entering its second month and with both parties engaged in intense talks to lessen the impact of their trade war, Kenanga said it remained sceptical of any major breakthrough.

“With global demand and commodity prices waning, a slower growth trajectory would be more realistic for 2019, which we have projected to settle at 4.7%, ” it added.

The research firm noted that Malaysia’s manufacturing conditions deteriorated to a record low in December, dragging the sector to a contraction in 4Q18, due mainly to lower production and plateauing demand, both domestically and externally.

It said new orders tumbled significantly, reflecting a slowdown in demand and also observed across several regional peers amid negative spillovers from the China-US trade war, and a moderation in activities in China.

On a similar direction, it said new export orders fell, albeit marginally, as those from the European and the Asia- Pacific regions slowed, pointing towards a bleak outlook, particularly for export activities in the coming months.

The 2019 Consumer Price Index is projected to only increase modestly, within a range of 1.0-1.5%.

This, Kenanga said, is given the prospects of a moderation in global growth and lower crude oil prices, which would partially offset inflationary pressure emanating from cost-push inflation, the floating of domestic fuel prices in 2Q19 and a low base effect arising from the tax holiday period from June to August 2018.

According to Kenanga, mixed manufacturing conditions were also observed across regions, whereby in the advanced economies, growth in manufacturing activity moderated with the flash US manufacturing PMI extending lower from 55.3 to 53.9 in December, a 13-month low citing a decline in new orders and employment.

The IHS Markit survey showed respondents reporting that heightened economic uncertainty and concerns about the near-term business outlook had contributed to more cautious spending among clients in the US.

Within Asia, South Korea’s manufacturing PMI remained below 50, but increased to 49.8 from 48.6 in November, due to weak sales from domestic and overseas markets, evidenced by weak exports which fell by 0.8% year-on-year in Dec.

Meanwhile, Thailand’s manufacturing sector rose slightly to 50.3 in Dec thanks to growth in output and export sales.

Similarly, Indonesia’s manufacturing PMI improved for the first time in four months to 51.2. Overall, manufacturing activity in Asean remained above 50 though it edged lower to 50.3 from 50.4 in Nov. — Bernama