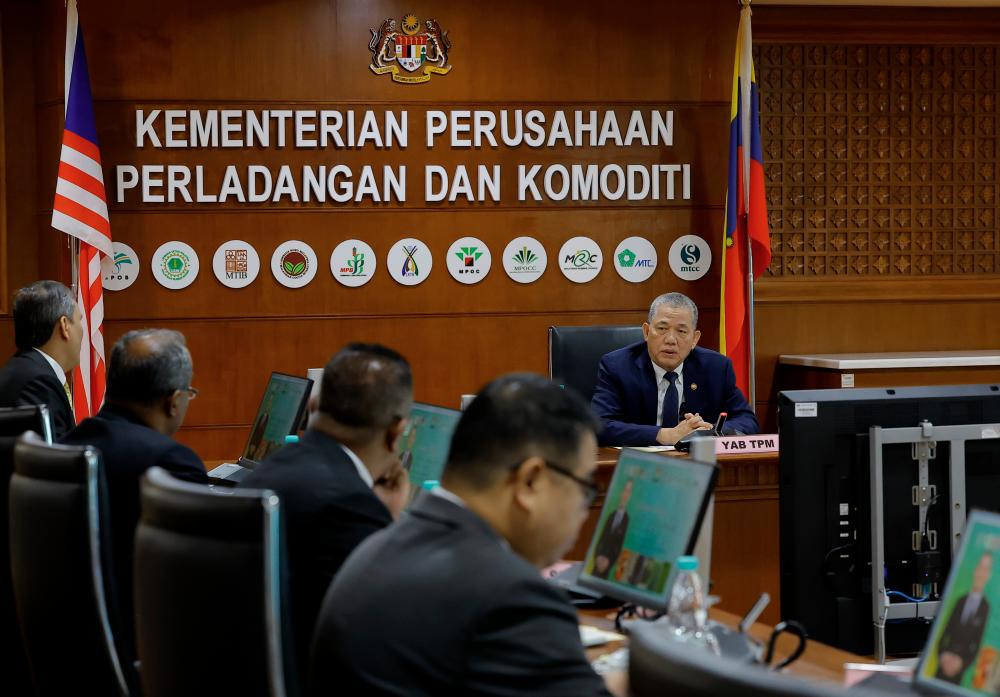 PUTRAJAYA: Plantation and Commodities Minister Datuk Seri Fadillah Yusof began his official duties at the ministry by clocking in at 8.30 am here today.

He was then ushered to his office to attend a briefing session on the ministry with the department heads and thereafter attended a special Cabinet meeting chaired by Prime Minister Datuk Seri Anwar Ibrahim at Perdana Putra at 10 am.

The Petra Jaya Member of Parliament (MP) is one of the two deputy prime ministers in the unity government Cabinet alongside Barisan Nasional (BN) chairman Datuk Seri Dr Ahmad Zahid Hamidi, who were appointed by Anwar last Friday. - Bernama