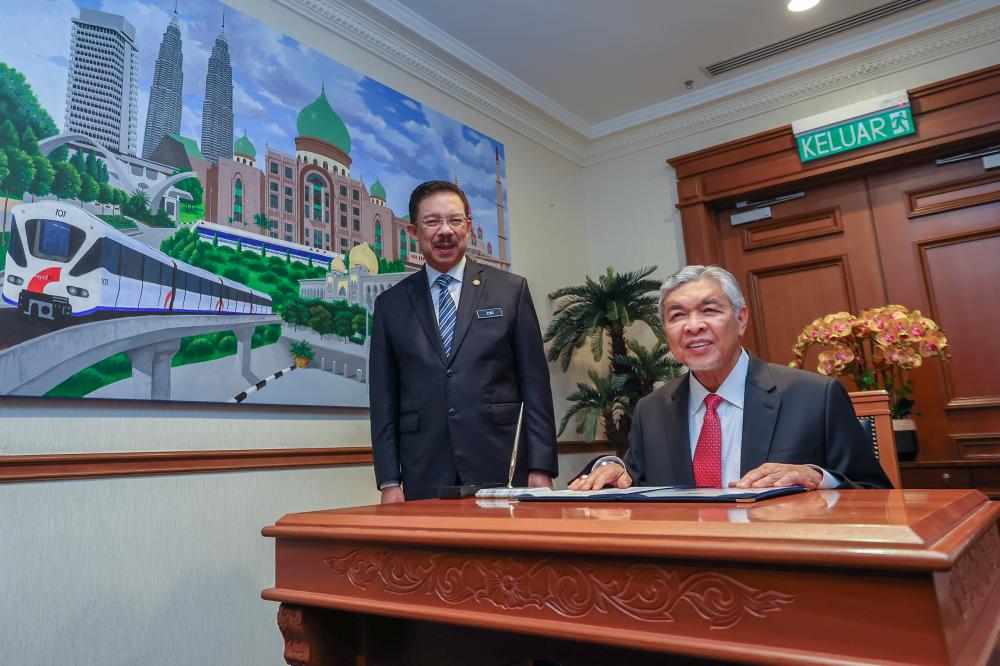 Dressed in a black suit, Ahmad Zahid arrived at the Perdana Putra compound at 8 am and was greeted by Chief Secretary to the Government Tan Sri Mohd Zuki Ali.

He then clocked in at his office, which is on Level 4, and this was followed by a recitation of doa led by the assistant Islamic Affairs officer of the Prime Minister’s Department, Kamruzaman Abdul Aziz, before the Bagan Datuk member of Parliament signed the Welcome Book.

Last Saturday, Ahmad Zahid who is also Barisan Nasional (BN) chairman was among the 27 members of the Cabinet who took their oath of office before the Yang di-Pertuan Agong, Al-Sultan Abdullah Ri’ayatuddin Al-Mustafa Billah Shah at Istana Negara.