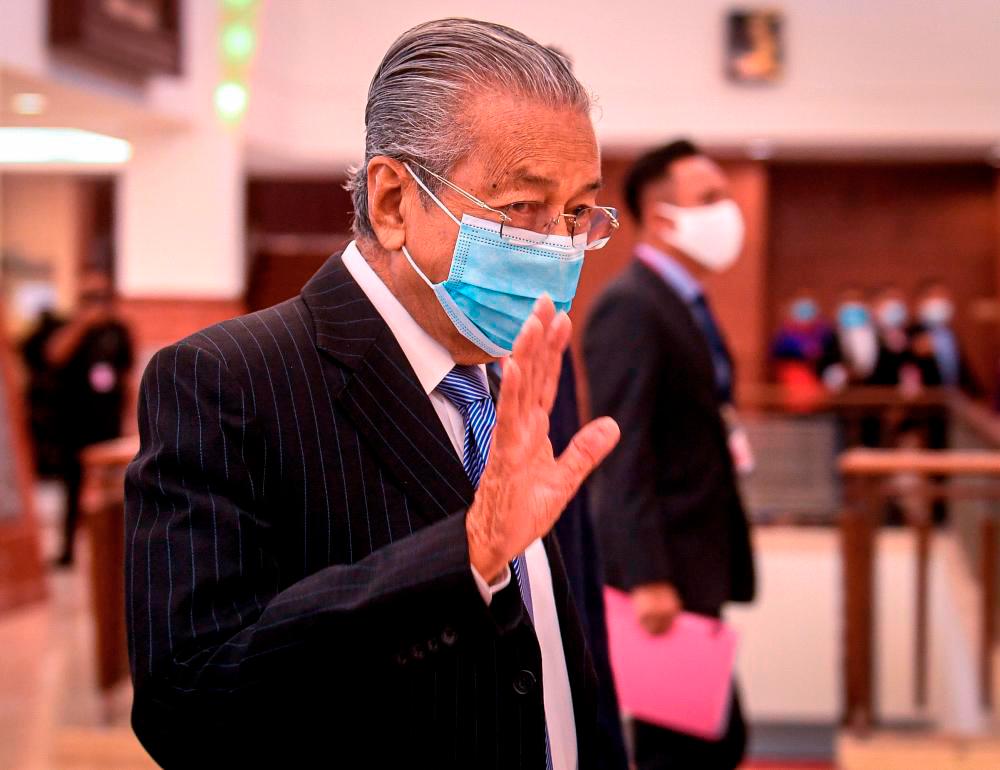 Dr Mahathir, 97, as the plaintiff filed the defamation suit through Messrs. Haidir & Co on July 20 at the High Court here naming Ahmad Zahid, 69, as the sole defendant.

In his statement of claim, Dr Mahathir claimed that Ahmad Zahid had issued a defamatory statement against him during the UMNO divisional meeting in Kelana Jaya on July 30, 2017 and the statement was reproduced on Astro Awani’s YouTube and several online news portals, which can be accessed by internet users without any restrictions.

The Langkawi MP claimed that the slanderous statement meant that he was not born as a Malay or a Muslim with the alleged original name of ‘Mahathir son of Iskandar Kutty’ and that he claimed to be a Malay when he became Prime Minister to gain political and personal advantage apart from belittling Malaysians of Indian Muslim descent.

The plaintiff claimed that the slanderous statement had ruined his reputation as a responsible politician who cared for the welfare of the people and gave the impression that the plaintiff was dishonest and untrustworthy, selfish, cunning and deceptive to achieve personal gain.

Dr Mahathir is demanding general, exemplary and excessive damages in addition to requesting an injunction to prevent the defendant or his agents from commenting, repeating or causing the publication of the defamatory statement in addition to requesting a court order for the defendant to issue an unconditional oral and written apology to the plaintiff, costs and other appropriate relief.

Meanwhile, Ahmad Zahid in his statement of defence filed on August 17 through Messrs. Shahrul Hamidi & Haziq, denied that the statement made on July 30 2017 was malicious to slander and harm the reputation of the plaintiff in the public eye.

The UMNO president claimed that the name “Mahathir son of Iskandar Kutty” refers to an individual based on the information in an old copy of an identity card, in addition to claiming that he also has no control over any video publication regarding his statement on the media platform.

Counsel Mior Nor Haidir Suhaimi who represented Dr Mahathir when contacted by Bernama today, said in the proceedings before deputy registrar Nor Afidah Idris via e-Review, the court fixed September 13 for further case management.

“The plaintiff also needs to file a response to the defendant’s statement of defence before or on Sept 8,“ said the lawyer. - Bernama