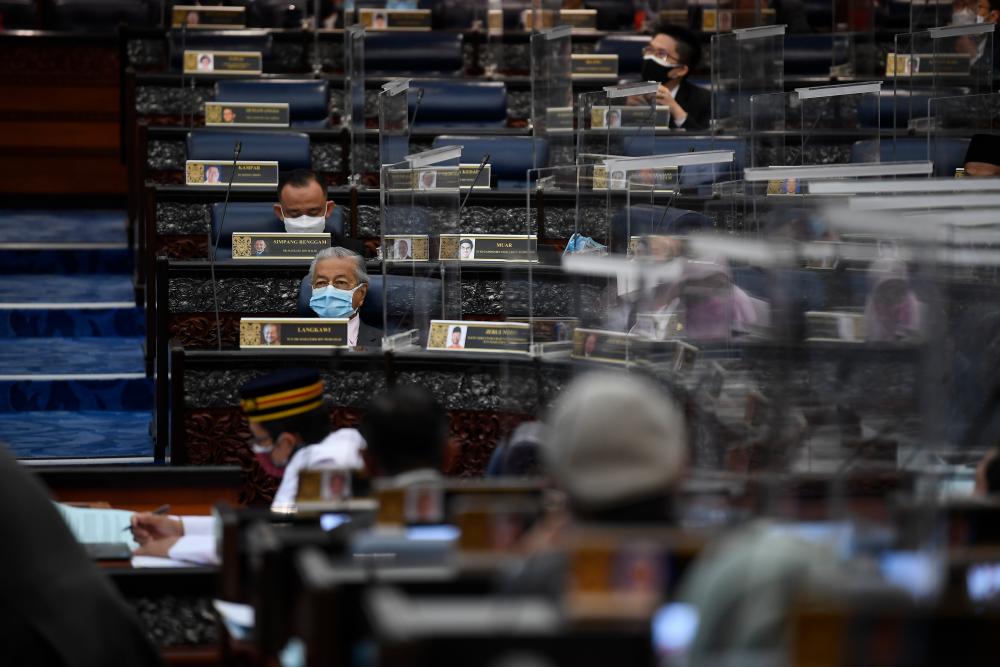 KUALA LUMPUR: Giving ministerial posts to any individual who is not in government is a form of bribery, Tun Dr Mahathir Mohamad (pix) (Pejuang-Langkawi) told the Dewan Rakyat today.

The former two-time prime minister claimed the Federal Constitution is silent on this.

He said there is no determined criteria on how ministerial status is given to any post but what is certain is when the status of a minister is given then the individual will get all the benefits of a minister.

“Any such appointment is a form of bribery because it is not focused on the task but rather more on the wages earned by the individuals given the position,” Mahathir said.

He then hinted how several appointments have been made recently to fill up certain positions.

Though he did not reveal names, Mahathir was probably referring to former prime minister Tan Sri Muhyiddin Yassin who was made chairman of the National Recovery Council by his successor Datuk Seri Ismail Sabri Yaakob.

Mahathir added that he also appointed certain individuals to ministerial positions during his time as prime minister but only those who had retired from politics and based on merit.

Therefore, he said the government should set a certain criteria before appointing someone to a position with ministerial status.

“Otherwise, it will be like bribery to government supporters,“ he said.

5.PwD to kayak 360km down Sungai Perak for MBOR record