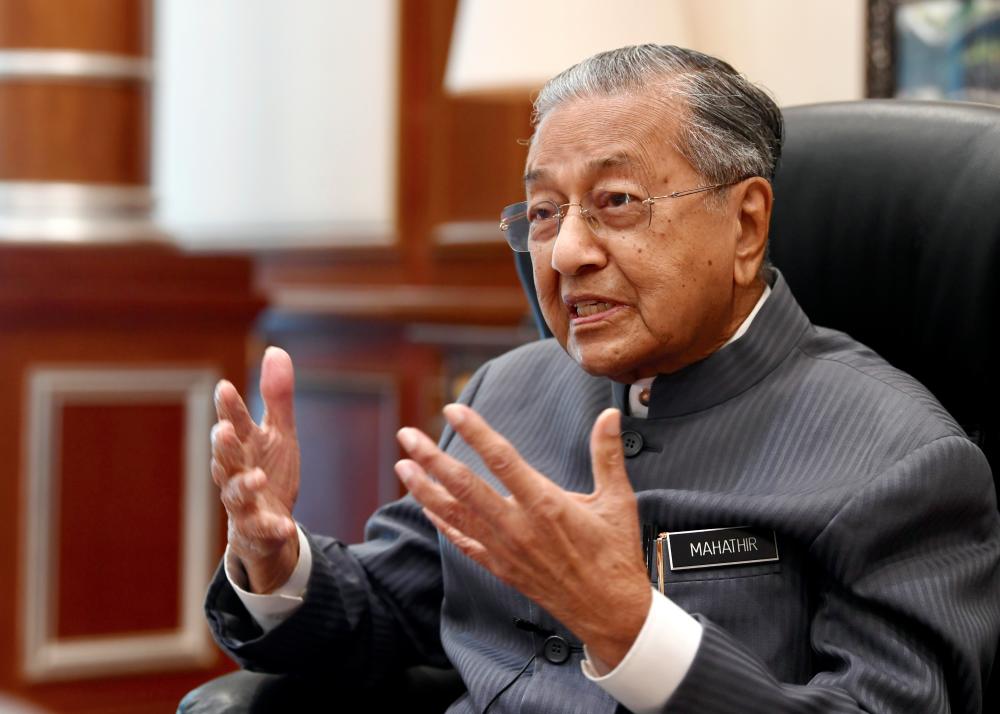 PETALING JAYA: Malaysia is not keen to keep controversial preacher Zakir Naik here, but it is difficult to deport him as many countries will not accept the preacher either, Prime Minister Tun Dr Mahathir Mohamad said.

However, Mahathir said that the government is committed to the rule of law and a fair trial for anyone, even non-citizens.

“We have a multiracial and multi-religious population in Malaysia. We don’t want anybody who comes up and expresses extreme views about race relations and about other religions,“ he said.

“So to that extent, we cannot have him, but on the other hand it is difficult to send him anywhere else because many countries do not want to have him,“ he told Turkish news channel TRT World on Monday.

Mahathir was asked about news reports in India describing Zakir as an extremist while Western nations consider him a person who propagates hate speech.

Zakir, who is now a Malaysian permanent resident, is also wanted by Indian authorities for money laundering charges, which the preacher claims are false.

Mahathir had last month claimed that Malaysia has the right to not extradite the fugitive Indian national, since the latter alleges he will not be accorded justice back home.

He had also reportedly compared the situation to Australia refusing to extradite Sirul Azhar Umar, former police commando, who was sentenced to death here for murdering Mongolian Altantuya Shaariibuu.

Yesterday, Zakir said the Interpol’s refusal to issue a red corner notice (RCN) against him proved his innocence.

“Interpol’s decision does not come as a shock. It only shows how flimsy the Indian government’s charges against me have been,“ he added.

Meanwhile on a separate matter, Mahathir said he has no intention to procrastinate handing over the leadership to Port Dickson MP Datuk Seri Anwar Ibrahim even if his popularity may be higher.

“I have already agreed that when I step down, he will take over from me as the prime minister.

“I’m not going against my promise. Whatever happens, I will stick to the promise I made,“ he replied when asked about the latest developments facing Pakatan Harapan with its biggest component party, PKR, seen to be fractious with a rift between its president Anwar and the latter’s deputy Datuk Seri Azmin Ali amid a sex scandal.