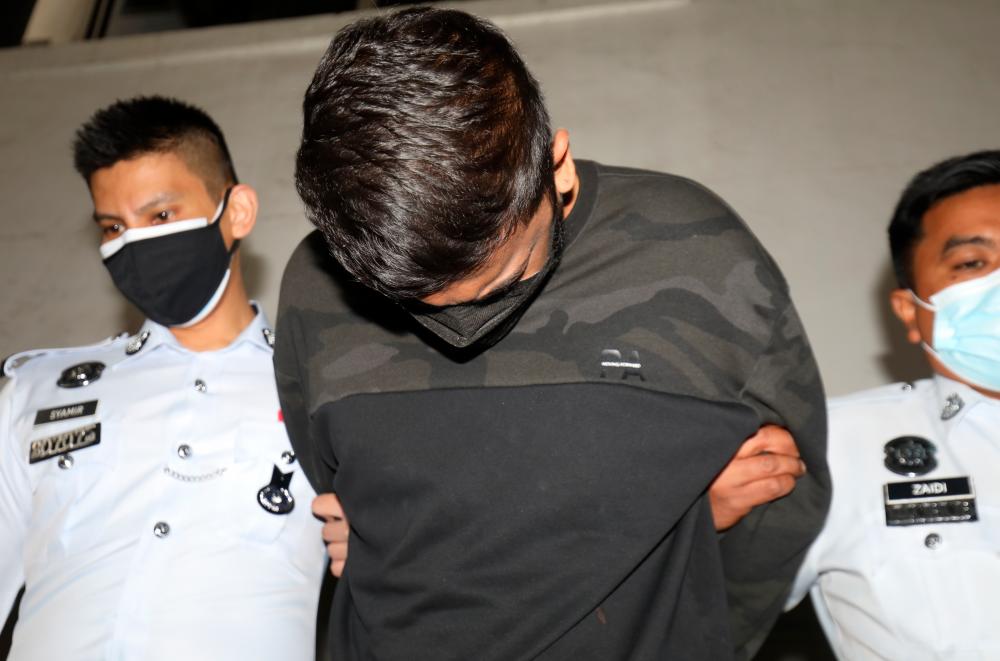 SHAH ALAM: A marketing officer at a private company, who was arrested for driving against the traffic flow and causing the death of two teenagers earlier this month, was charged at the Magistrate’s Court here today for murder.

The charge was framed under Section 302 of the Penal Code, which carries a death penalty upon conviction.

No plea was recorded as murder cases are under the High Court’s jurisdiction.

It was reported that the two teenagers were killed when the Proton Wira car they were travelling in crashed head-on with a Mitsubishi Triton driven by the man against the traffic flow at the Federal Highway.-Bernama

5.Man dies after hacking by house-mate