Drug-positive boy may have accidentally ingested drugs in car: Police 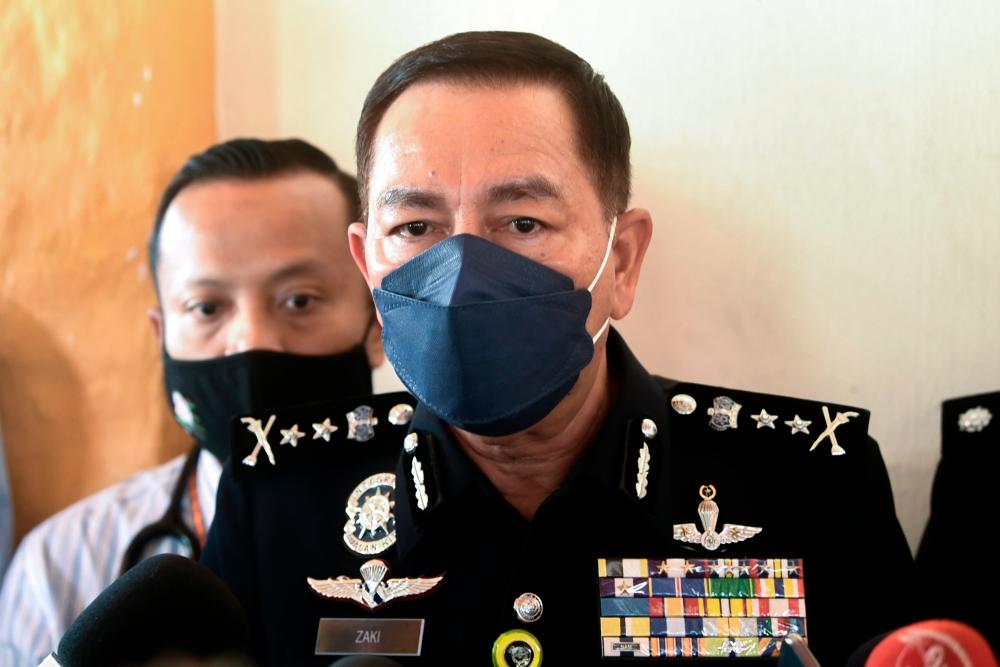 KOTA BHARU, June 21-Kelantan Acting Police Chief Datuk Muhamad Zaki Harun answered reporters’ questions after visiting a three-year-old boy who was reported to be critical due to drug content in his body and was receiving treatment here today. BERNAMAPIX

KOTA BHARU: A three-year-old boy who remains in critical condition due to drugs in his body may have accidentally ingested drugs in the car belonging to his mother’s cousin while they were at a known drug haunt yesterday afternoon.

Kelantan acting police chief Datuk Muhamad Zaki Harun said the car, which is owned by the victim’s mother’s cousin, aged 30, had been seized for further investigation.

“The forensics team will conduct further investigations into the Proton Saga owned by the suspect, he told reporters after visiting the boy, who is currently being treated at the Raja Perempuan Zainab II Hospital here today.

Media outlets reported yesterday that the boy, who lives in Kampung Sri Bintang, Kuala Krai, near here was still in critical condition after doctors found drugs in his system.

Muhamad Zaki said the police launched a special operation in the vicinity of Kampung Seri Bintang at around midnight following the incident, arresting nine individuals and seizing 102 pills.

Muhamad Zaki said what happened to the boy was a tragedy and the police discovered that the family was facing hard time as the boy’s mother was diagnosed with stage-four cancer.

“I would like to remind parents to always monitor their children,” he added. - Bernama