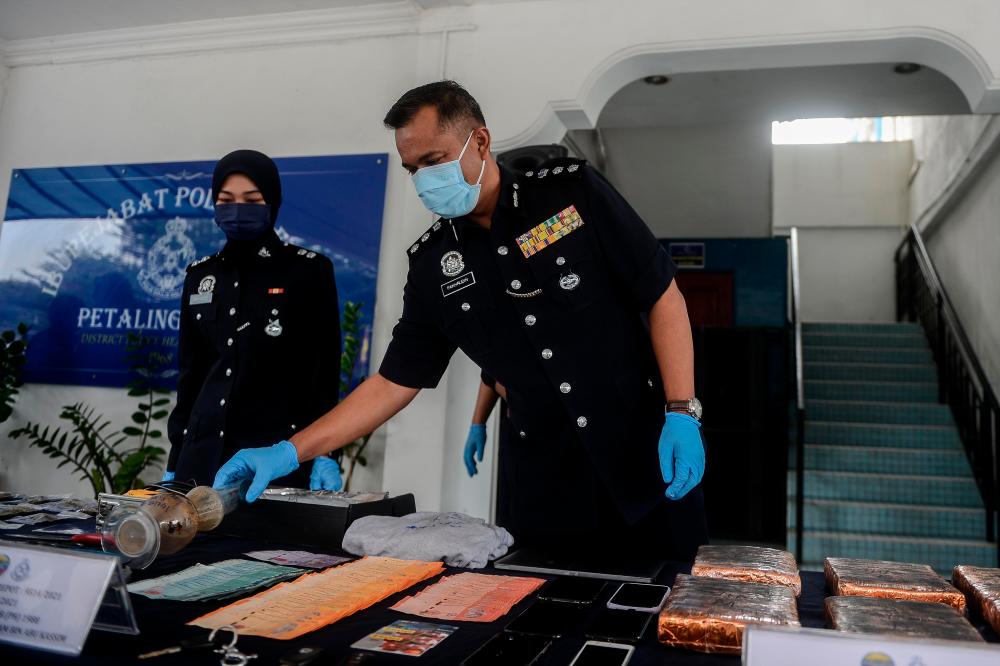 Petaling Jaya district police chief ACP Mohamad Fakhruddin Abdul Hamid said five foreigners from the Middle East studying in a private college around the capital and an unemployed local, all aged between 20 and 34, were arrested in the raids.

He said two suspects were arrested in an apartment in Sungai Way here in the first raid around 6.30pm last Thursday, which subsequently led to the apprehension of two more suspects at the same apartment building.

“The last two suspects were arrested on Friday by the roadside of Persiaran Golf, Shah Alam around 6.15pm,” he said in a media conference at the Petaling Jaya district police headquarters here today.

He said the syndicate targeted foreign college students around Sungai Way and Damansara as customers and all payments were made in cash or face-to-face transactions to avoid detection by the authorities.

Mohamad Fakhruddin said the drugs were sold in small packs worth RM100 for three grams for locals or foreign collegemates.

He said the syndicate was believed to be actively conducting these illegal activities for the past four months to a year and obtained their cannabis supply from a foreigner before processing and packaging it.

“The suspects have been remanded for seven days and the case is being investigated under Section 39B of the Dangerous Drugs Act 1952 for drug trafficking,” he added. — Bernama