E-hailing gig economy: What is the future? 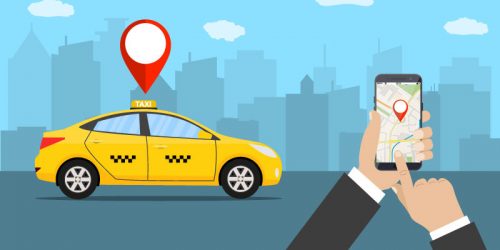 KUALA LUMPUR: In today’s digital age, e-hailing does not only stand as a transportation solution, but it acts in a larger landscape including seamless payment and job creation, as well as shaping a lifestyle and economy.

What we are seeing in today’s society is how reliant consumers especially the younger generation are on this mode of services and how a disruption in this segment could potentially paralyse the income of thousands who depend on this particular economic segment.

However, it is undeniable that as the sector continues to grow, regulations must be in place to ensure the safety of the users, as well as the welfare of those indulging in this growing economic segment.

In 2012, the local taxi industry started to go digital to connect taxi drivers with its customers, under the umbrella of MyTeksi.

However, in 2014 Uber started its venture in Malaysia, which shifted the grounds for e-hailing as it also includes personal cars, not only commercial vehicles.

According to the latest report by relevant authorities, to date, there are 42 e-hailing players in today’s landscape.

The industry is growing bigger and bigger as more people are reliant on e-hailing especially in the urban areas where end-to-end and last-mile connectivity option in public transportation is unreliable in terms of time accuracy.

What’s more interesting is e-hailing today has incorporated e-wallet, as well as cashless payments, linking the e-hailing accounts to credit and debit cards.

In the latest 2020 Budget, the government has announced a digital stimulus to promote the adoption of e-wallet in Malaysia.

All Malaysians aged 18 years and above will receive a one-off payment of RM30 via their e-wallet.

To redeem this RM30 stimulus, the user will need a verified eWallet account from selected providers, where the one-off payment could be claimed within two months from Jan 1 to Feb 29, 2020.

Most notable e-hailing as well as e-wallet player, Grab as well as Grab Pay has enabled Malaysians to move from one end to another hassle-free, order food, conduct delivery and pay various bills.

The boom of e-hailing combined with technological advancement has provided a boost to businesses as well as open the doors for many Malaysians to obtain a secondary income.

This has led to the growth of what we call today as the gig economy.

The gig economy is a labour market characterised by the prevalence of short-term contracts or freelance work done by individuals.

Based on data by the World Bank, Malaysia’s participation in gig economy now stands at 26% and this number is expected to rapidly grow in the coming years.

Planetmahir Sdn Bhd co-founder and chief executive officer Datuk Dr Ahmad Ramzi Mohamad Zubir said in the next five years, the number was expected to rise to above 40%.

“In the next five years, 25% of traditional jobs will disappear and will be replaced by automation backed by technological advancement such as artificial intelligence.

“We have to encourage the younger generation to be in the creative industry, to think outside the box as robots do not have critical and creative thinking like human do,” he said.

Based on data by the Employees Provident Fund (EPF), the rising gig economy and an ageing population are expected to cause a decline in the percentage of workers who contribute to the fund.

This is as opposed to permanent jobs where the private sector wage earners contribute to the EPF while civil servants have public pension coverage.

Recently, Prime Minister Tun Dr Mahathir Mohamad said the government has plans to regulate the budding industry to ensure the welfare of workers is protected.

In a parliament session, Dr Mahathir said that those who are currently employed in the gig economy are not able to enjoy benefits such as those in permanent positions and are at risk of being mistreated by their employers.

In the recent case of protest involving foodpanda riders who claimed their payment and welfare were not taken care of, Youth and Sports Minister Syed Saddiq Syed Abdul Rahman had taken the issue to the cabinet.

He said that the government will find a way to ensure a more competitive market for the sector players especially when there is a party claiming that they control the market.

As for the long-term plan, the Cabinet has also decided that the Youth and Sports Ministry together with the Human Resources Ministry and the Domestic Trade and Consumer Affairs Ministry will form a special committee to look into the issue of the gig economy.

As for Grab car drivers, the government has made it compulsory for everyone to obtain a public service vehicle licence, as well as to obtain the relevant insurance.

However, Ahmad Ramzi stressed that regulating is not only about the income obtained but also the future plan for those involved in the gig economy.

Citing Gojek as an example, he said the on-demand service platform up skills those on their platform, which leads to new job creation down the line.

“About 10% of their riders will graduate every year, wherein during the process they learn how to become entrepreneurs, pick up skills like public speaking and flower arrangement.

“From here, they can break the cycle and Gojek can take up newer recruits,” he said.

In the Malaysian context, he said that the Education Ministry, Human Resources Ministry, Youth and Sports Ministry, as well as Domestic Trade, Cooperatives and Consumerism Ministry, must incorporate up-skilling of those involved in the gig economy to break the cycle.

He also suggested the government should conduct an in-depth study on the gig economy cycle, especially what lies beyond 10 years from now.

“For short-term measures, the government must look into three main components; regulate main salary, employees’ rights to include EPF, insurance and Social Security Organisation, as well as ensure better working conditions,” he said.

As for the younger generation, he said, with the rise of gig economy, it is a wake-up call that the knowledge obtained from the university itself is not enough without soft skills.

“Gig economy is a skill trap. If one does not attempt to break the cycle, the future would be bleak with no career path to grow. What is worse, they would have no savings for the future and not even enough to sustain the current life, leading to a widening income gap,” he added. — Bernama