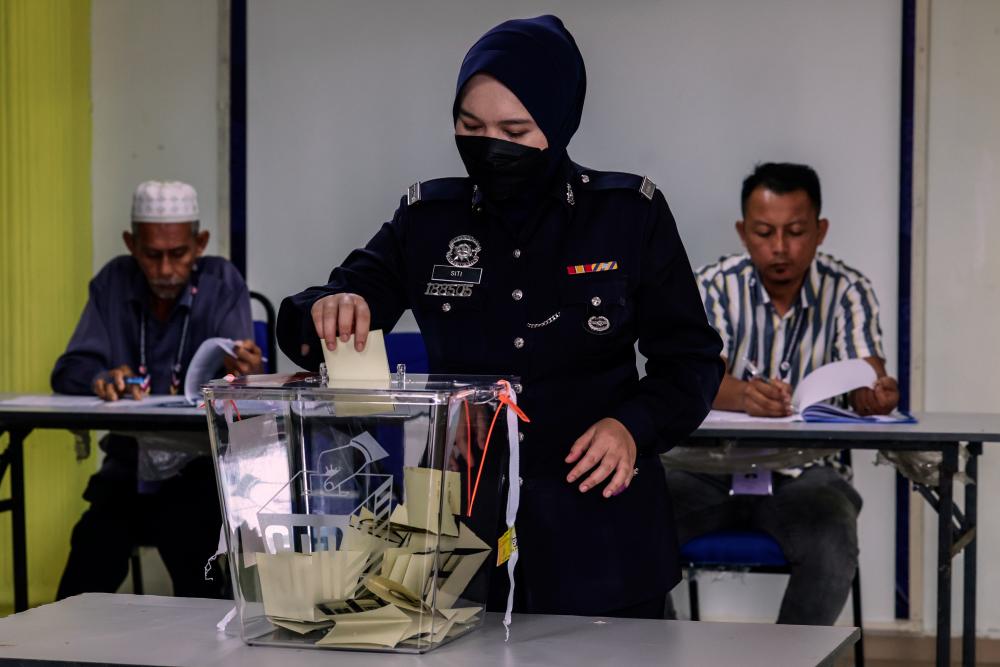 KUALA LUMPUR: Early voting for the Padang Serai parliamentary seat in Kedah and the Tioman state seat in Pahang has ended this evening.

The two early voting centres for Tioman, with the centre at Tetek police station closing at noon, ahead of the centre at Rompin district police headquarters, which closed at 5 pm, Pahang Election Commission (EC) director Datuk Zamree Hamli said.

“The percentage turnout for early voting for the Tioman seat was 95.88 per cent,“ he said when contacted today, adding that voting, which began at 8 am, went smoothly.

Meanwhile, the early voting centre for Padang Serai seat at Kulim district police headquarters, which opened at 8 am, closed at 2 pm.

A total of 319 police personnel registered as early voters at three of the centres, 76 of them for Padang Serai and 243 for Tioman.

The EC set polling day for Dec 7 with a campaigning period of 13 days beginning after nominations till Dec 6, 11.59 pm. - Bernama