Earth Day 2021: Revere the planet we live on 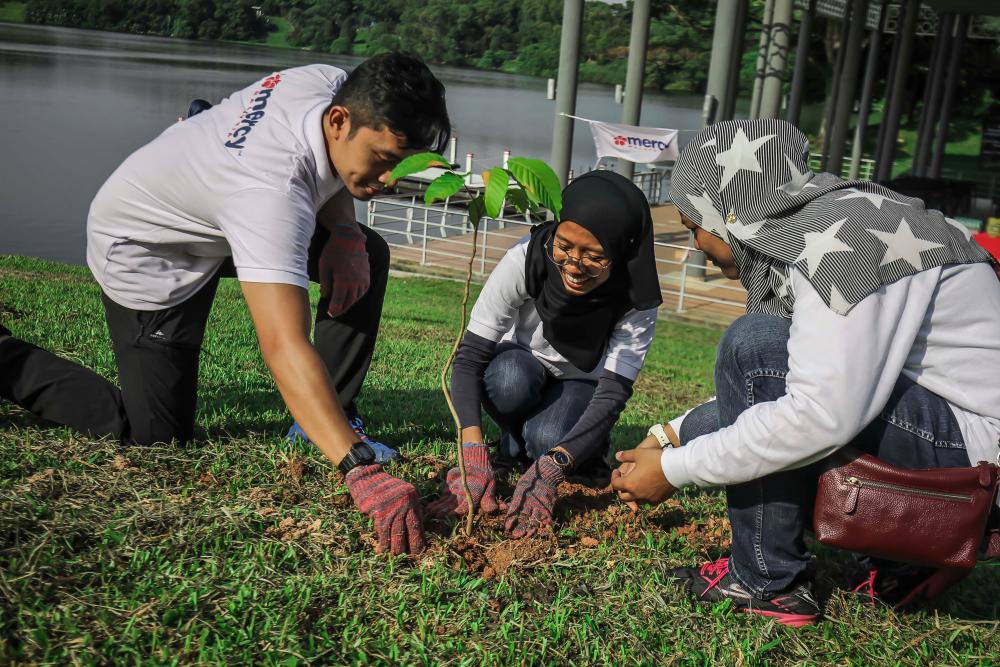 EVERY year on April 22, Earth Day marks the anniversary of the birth of the modern environmental movement in 1970.

Earth Day 1970 gave a voice to an emerging public consciousness about the state of our planet.

Today, Earth Day is widely recognised as the largest secular observance in the world, marked by more than a billion people every year as a day of action to change human behaviour and create global, national and local policy changes.

Now, the fight for a clean environment continues with increasing urgency, as the ravages of climate change become more and more apparent every day.

As the awareness of our climate crisis grows, so does civil society mobilisation, which is reaching a fever pitch across the globe today.

Disillusioned by the low level of ambition following the adoption of the Paris Agreement in 2015 and frustrated with international environmental lethargy, citizens of the world are rising up to demand far greater action for our planet and its people.

At the time of drafting this article, the planet we love is in the clutches of a recently discovered ruthless global pandemic caused by the Covid-19 virus.

The notorious pandemic is causing indescribable human suffering, social cataclysm and economic impairment as it mercilessly sweeps through countries and continents.

The arrival and spreading of the current global health emergency is unprecedented.

Nonetheless, Covid-19 can be considered as a parlay to the diseases which have appeared in recent decades such as swine flu, avian influenza, SARS, Ebola and AIDS.

And one commonality that we can find in all of these diseases is that, all of them originated in animals.

So, it would be rational to say that one of the factors behind the birth and dissemination of new diseases is the over exploitation of nature by human-driven activities.

The development and spread of infectious diseases are easily facilitated and expedited when the natural ecosystems are deformed or altered.

The depletion of habitats, the alterations of natural environments and more generally the deterioration in biodiversity are all factors in the proliferation and transmission of emerging infectious diseases.

Ergo, it is important to fathom that natural ecosystems play a pivotal responsibility in encouraging and promoting life, including the survivability of the human species.

Wendell Berry, an American environmentalist, once said, “To cherish what remains of the Earth and to foster its renewal is our only legitimate hope of survival”.

Having said that, according to various environmental assessment reports, human-driven activities have claimed a heavy toll on the planet since the 1970s, whereby booming economies and growing populations are urging for more natural resources to be drawn from the planet.

Moreover, the amplified demand for resources has resulted in a declension of biodiversity, ecosystems and wildlife.

In consequence, it is ultimately hypercritical to grasp that our planet’s natural wonders are perishing and are on the verge of extinction.

Presently, the 2019 Intergovernmental Science-Policy Platform on Biodiversity and Ecosystem Services report purports that almost 75% of the planet’s land and 66% of its marine environments have already been perilously affected by humanity.

The report also avers that more than 85% of the planet’s wetlands have disappeared.

On top of that, the human population has doubled since the 1970s and, with it, consumption has swollen by 45%.

As a result, the demand for food, water, energy and raw resources has significantly swelled.

Just as important, the report also highlighted an “unparalleled appropriation of nature” where humans take more than they give back.

Humans are flogging animals and plants to extinction faster than new species can evolve.

This is in contrast to what had been shared by Professor Andy Purvis, a research leader at the Natural History Museum, that “before the industrial revolution, people had to look after the environment around them because that’s where they got their products from. If they didn’t look after it, they would face the consequences”.

It is agreeable that it is consequential for us, the human species, to recognise that all living beings have a responsibility to defend the equilibrium of the natural world and preserve the planet’s harmonious functioning.

In fact, it is incumbent on us to take responsibilities for past violations and the future protection of our planet, especially those that have caused severe environmental damage.

We cannot afford to wait for a cataclysmic natural tragedy to find consensus to defend our planet and our lives.

To illustrate my concerns further, each year more than nine billion tonnes of greenhouse gases (GHGs) are being released into the atmosphere and each year 350,000 people die because of climate change.

This number could increase to five million in the next 10 years with current GHG emission levels.

In order to palliate the imminent disasters, we must reconcile with our planet and restore the philosophies of belonging, gratitude and common destiny.

As a small part of the natural world, we, the human species, cannot and do not have the right to go beyond the limits of our planet, which is our home and life provider rather than a mere resource.

Since the last Earth Day, we have witnessed even more confirmation that the extraordinary heterogeneity of life on this planet is diminishing.

Concurring with Louie Psihoyos, “our planet is currently undergoing a mass extinction of species called the Anthropocene”, every year we are saying adieu to many species forever and this past year was no different.

Creatures like the Sumatran rhino, the Cryptic Treehunter bird and the Chinese paddlefish, were pronounced extinct in the past year. Others like the Malayan tiger are expeditiously fading.

These extinctions are being driven by habitat loss due to deforestation, climate change and pollution birthed by human activities.

Bear in mind, that the Earth we share is not just a rock tossed through space, but a living nurturing being.

Plus, we do not inherit the Earth from our ancestors, but we are borrowing it for our children.

Ergo, it is important for us to cherish the natural world as we are a part of it and we depend on it.

As the world returns to normal, we can’t go back to business as usual.

4.Liverpool will make things difficult for us, says Atletico’s Simeone