EC receives over 38,000 applications from new voters in third quarter of 2019 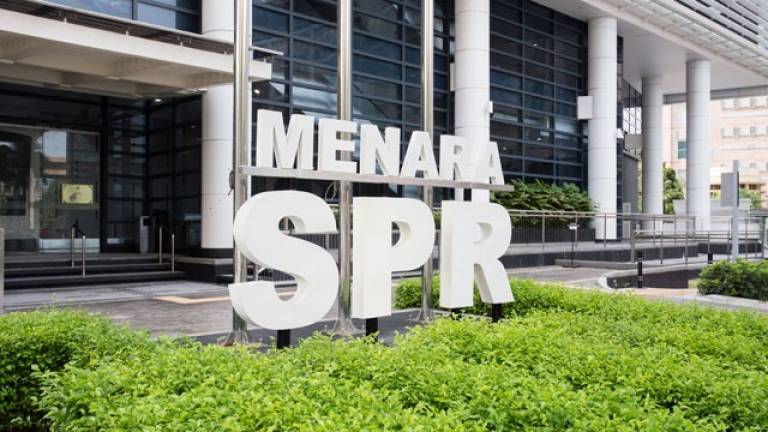 During the period, he said there were also 14,165 applications for change of electoral division.

In accordance with Regulation 13 of the Elections (Registration of Electors) Regulations 2002, the supplementary electoral roll for the third quarter of 2019 (ST3 / 2019) will be on display for 14 days from tomorrow until Nov 12 at 917 venues nationwide.

“Those who applied to register as new voters and the registered voters who applied to change their electoral division from July 1 to Sept 30 this year are advised to check their names.

“If their names are not in the RDPT ST3 / 2019 list, they can file a claim through Form B,” he said in a statement today.

For registered voters who want to raise objection on the names in the RDPT ST3 / 2019 list, he said, they can do so by filling out Form C.

“The claim or objection must be submitted to the registrar of elector in their respective area (state election director) during office hours on any working day during the duration of the RDPT being displayed,” he added.

During the period, Azhar said the EC will also display the names of voters who had died or who lost their Malaysian citizenship as they would be removed from the electoral roll.

For army personnel and members of the police force who have left the service, Azhar said the EC was working with the Royal Malaysia Police (PDRM) and the Malaysian Armed Forces (ATM) to update information on their voting locality.

For any inquiry on the electoral display, the public can contact the EC headquarters at 03-8892 7018 or the state election offices or by surfing the EC portal at www.spr.gov.my and also through its smartphone application MySPR Semak.

In another statement, Azizan called on all candidates for the Tanjung Piai parliamentary by-election in Johor to make an advance check on how to fill in their nomination forms before the nomination day on Nov 2.

He said it can be done at the returning officer’s office at the Pontian District Office or at the Johor EC Office in Johor Baru.

Azizan said it was aimed at ensuring that all candidates would be able to fill in the forms correctly and meet all the requirements and qualifications to avoid any problems on the nomination day.

“This is also to ensure smooth running of the nomination process.

“And also to give ample time for the contesting parties to find a substitute if their candidates were found to be unqualified to contest for the seat,” he said.

He said the complete nomination form must be submitted by the candidate or his proposer or seconder to the returning officer at the nomination centre at Dewan Jubli Intan Sultan Ibrahim, Pontian, between 9am and 10am on the nomination day.

The by-election is scheduled for Nov 16. - Bernama 3.Morocco ‘aim for the sky’ after World Cup advance

4.S. Korean consumer prices up 5% in November, lowest in 7 months

5.How to recognise internet fraud