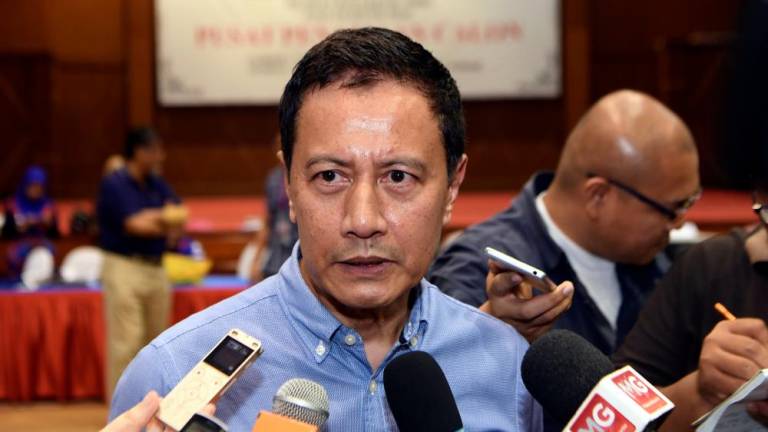 KUALA LUMPUR: The Election Commission (EC) is seeking views and advice in drafting the procedure for the Chini State Assembly seat by-election from the relevant agencies following the Covid-19 pandemic in the country.

The agencies involved in the engagement were the National Security Council (MKN), National Disaster Management Agency (Nadma), the Ministry of Health (MOH) and the Royal Malaysian Police (PDRM).

EC chairman Datuk Azhar Azizan Harun (pix) said EC had held a meeting with the agencies on Friday to discuss several matters if the date of the by-election is still under the Conditional Movement Control (CMCO) Order period.

“Of course, if the voting day is within the CMCO, the Standard Operating Procedure (SOP) set up such as social distancing, wearing a nose and mouth mask, using a hand sanitiser, checking body temperature and so on would apply.

“These are the steps that will be taken ... The EC will continue to engage closely with the parties concerned until the date of the by-election is close and at that time we will finalise the procedure for the by-election,“ he said when contacted by Bernama here today.

On the Chini State Assembly which was currently in the Green Zone, Azhar said EC would consider many matters pertaining to safety and health in conducting the by-election.

Azhar, who hoped the area would remain a green zone and there would be no Covid-19 infection until the end of the by-election, said: “We do not want the green zone to turn into a red zone due to the by-elections.”

The Chini constituency fell vacant following the death incumbent Datuk Seri Abu Bakar Harun, 60, of Barisan Nasional at the Kuala Lumpur hospital due to a heart attack on Thursday, May 7. The vacant notice was handed by Pahang Assembly Speaker Datuk Seri Ishak Muhammad to the EC on Friday.