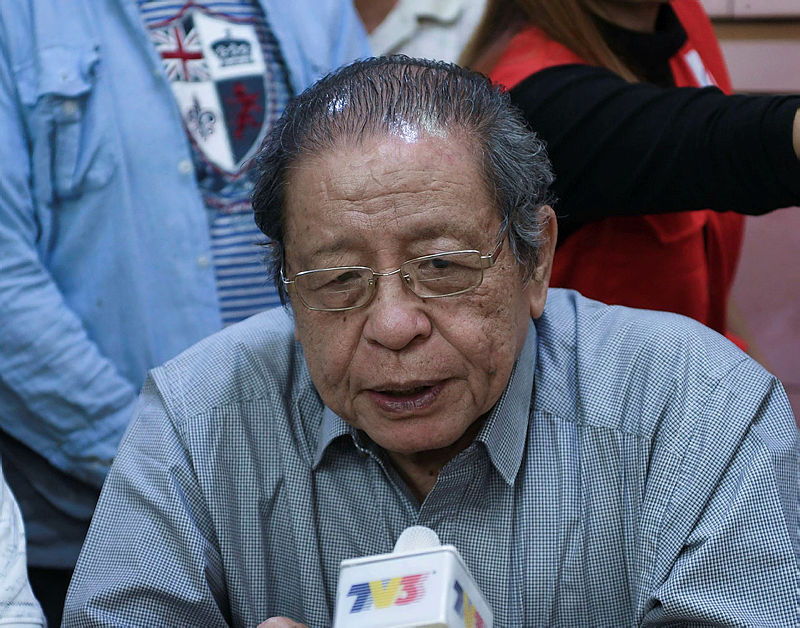 PETALING JAYA: The Election Commission (EC) should hold an inquiry on whether it had acted unlawfully in complying with the directive by the previous Barisan Nasional (BN) government to illegally transfer military voters to shore up the support for four former ministers for the 14th General Election (GE14), Lim Kit Siang (pix) said today.

The Ambrin audit report had reported that EC officials were complicit in aiding the ministry in the transfer of military voters to camps built in Bera (Pahang), Segamat (Johor), Paloh (Johor) and Hutan Melintang (Perak) in time to be eligible to vote in the GE14.

“Such collusion of EC officials with the defence ministry to illegally and undemocratically shore up the support of Cabinet ministers in the ensuing 14th General Election was not only a flagrant abuse of power by the Najib government but an impermissible abuse of the democratic process,” Lim said in a statement.

“One of the four minsters could not escape the dragnet in the winds of change which blew strong and wide in the 14th General Election on May 9, 2018.”

The DAP adviser said the three more fortunate former ministers, Zahid, Hishammuddin and Ismail should state whether they welcome an inquiry as to whether their election was unlawful, undemocratic and should be declared null and void.

Hishammuddin made a very intriguing statement when he challenged Defence Minister Mohamad Sabu and his deputy Liew Chin Tong to prove that he benefitted from land swap deals struck under his tenure, Lim said.

The former defence minister was responding to claims that the government lost more than RM500 million in the land swaps.

“As far as I am aware, both Mohamad Sabu and Liew Chin Tong have not made any allegation that Hishammuddin had personally benefited financially,” said Lim, who is the MP for Iskandar Puteri.

“But what was most intriguing was Hishammuddin’s cryptic remark: ‘My advice to them both, if they live in glass houses, don’t throw stones’.

“Hishammuddin should explain himself what he meant by this remark, which does not appear to be a declaration of innocence, and clearly a statement that his father, Tun Hussein Onn, known for his uncompromising stand against corruption, would not have approved.”