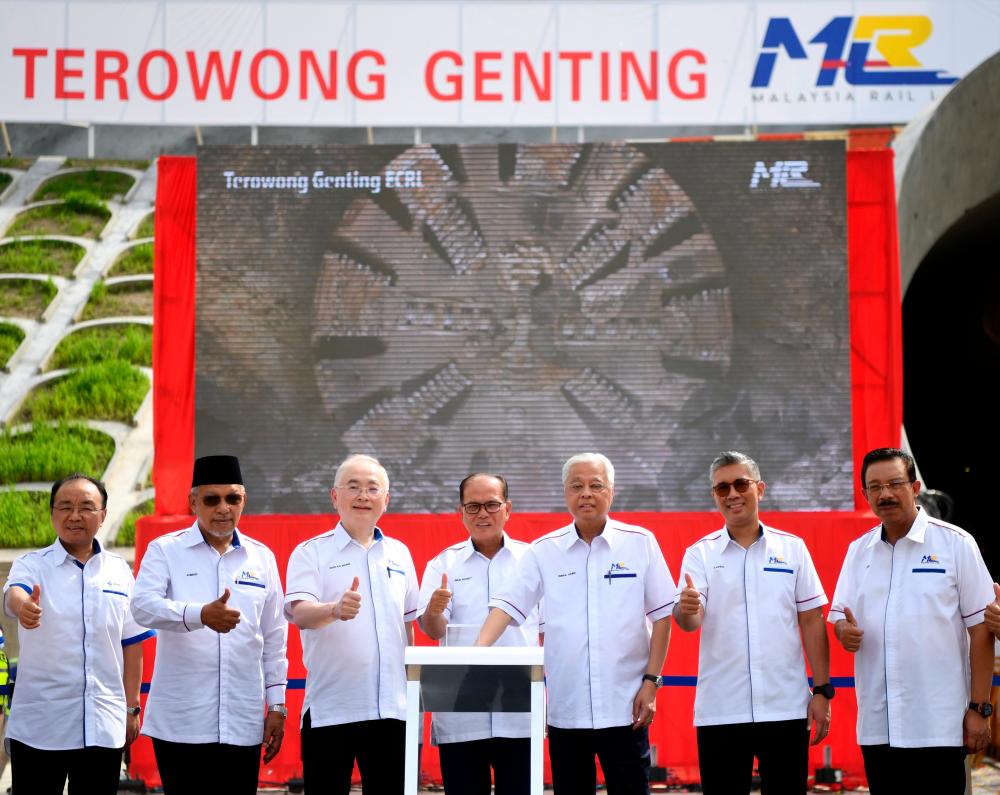 He said the project was likely to hit the projected 37 per cent completion rate by the end of this year.

The development, he added, was driven by infrastructure work in four states which included the alignments of Section A from Kota Bharu to Dungun, Section B from Dungun to Mentakab and Section C from Mentakab to Port Klang.

According to Wee, the infrastructure work is running simultaneously in sections A, B, and C and in more than 300 work areas along the 665-kilometre railway line.

“The number of work areas will continue to increase towards the peak of construction in 2023, where a manpower of 23,000 will be needed to develop the ECRL Project more effectively,“ he said during his address at the opening ceremony of the construction of the Pahang ECRL Genting Tunnel here today, which was officiated by Prime Minister Datuk Seri Ismail Sabri Yaakob.

He added that various vacancies in management and non-management fields would be filled, besides assuring that local manpower requirements would increase to 70 per cent of the quota by 2023, in line with the progress of the project.

Touching on the progress of the Genting Tunnel project, Wee said the installation of the first tunnel boring machine (TBM1) was completed for pilot testing in April 2022.

The Genting Tunnel is the first ECRL tunnel to be excavated using the TBM method as opposed to the drilling and blasting method that has been used for other tunnels so far.