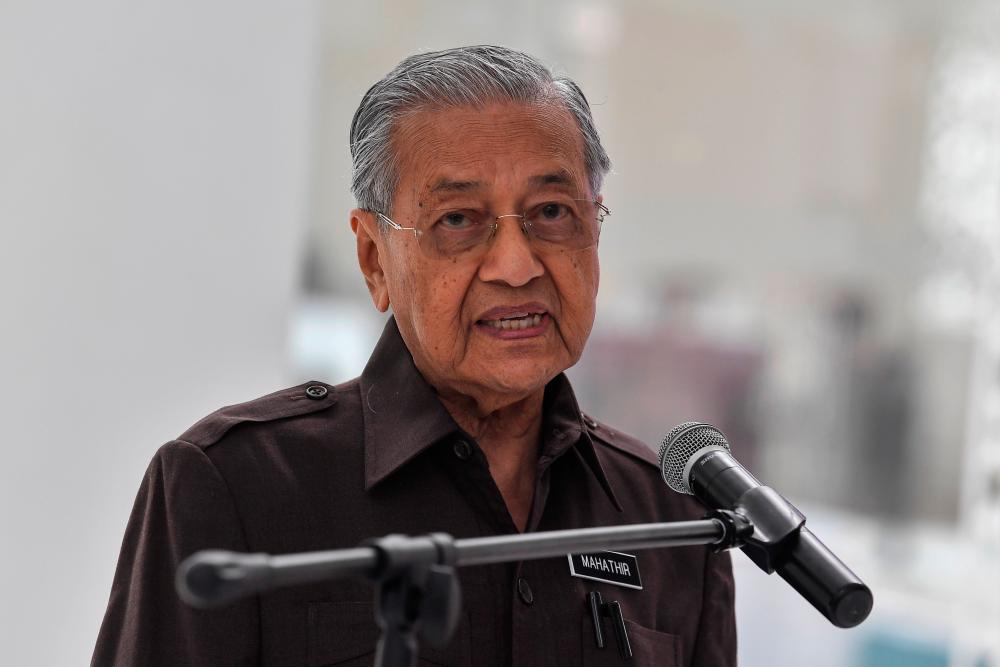 KUALA LUMPUR: The East Coast Rail Link (ECRL) project will continue, despite a witness testifying in court that it allegedly has ties to 1Malaysia Development Berhad (1MDB).

Prime Minister Tun Dr Mahathir Mohamad (pix) said they have a contract with the Chinese government to construct the mega infrastructure, even though witness Amhari Efendi Nazaruddin stated that the project was mooted to bail 1MDB during the 1MDB trial.

“Well it may have been, but we have a contract to construct it. You know, we have reduce the scope and reduce the cost. (It will) still continue,“ he said at a press conference after launching the national heritage and culture charter at the Islamic Arts Museum at Kuala Lumpur today.

He also said it is up to the Malaysian Anti-Corruption Commission (MACC) to investigate the matter.

On former prime minister Datuk Seri Najib Abdul Razak’s statement that the government has been having the mentality to keep selling assets, Mahathir said the government had to sell assets in order to raise funds to lower the debt that is a burden to the country.

“As you know, we have a RM1 trillion debt, the money is not invested, it is stolen or hidden. If the money is invested we can go to the company and get back the money but we don’t know where the money is.

“At the moment we have to pay from taxes or sell assets that is left by Najib. These (assets) were carried out by him including buying ships from China, it is not our decision. He said it is stupid, but he was saying himself (as) he was the one who bought, not me,“ he said.

On whether he will step down next year to make way for Datuk Seri Anwar Ibrahim, Mahathir said he will make an announcement later.