Efforts under way to save special needs man from gallows 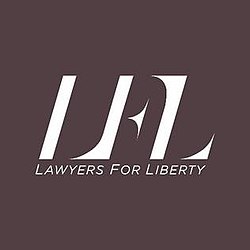 PETALING JAYA: An effort led by Lawyers for Liberty (LFL) is under way to save a special needs man from the gallows.

LFL is appealing to the government to intervene in the case of D. Nagaenthran, who has been sentenced to death for drug trafficking in Singapore and is awaiting execution at Changi Prison.

LFL advisor N. Surendran told a press conference today that referring Nagaenthran’s case to the International Court of Justice (ICJ) was another way to save him.

Also present at the press conference were Nagaenthran’s mother S. Panchalai, 54, his brother and other relatives as well as Singapore Anti-Death Penalty Committee member M. Ravi.

Surendran said the ICJ would be asked to determine if there had been a miscarriage of justice, considering a person with mental disabilities cannot be convicted and sentenced to death.

He said there was no dispute that Nagaenthran suffers from mental disability and this was confirmed by an independent psychiatrist.

“This piece of evidence was also submitted in court,“ he added.

Nagaenthran has an “extremely low range of functioning”, according to the internationally recognised WAIS-IV test, which measures cognitive abilities.

It was reported that Nagaenthran had an IQ of 69 and this was accepted and affirmed by the Court of Appeal in Singapore.

Surendran also expressed hope that Singapore could “see sense” and set aside the death sentence.

Nagaenthran, 30, was arrested in Singapore in 2009 for trying to smuggle 42.72gm of heroin into the republic. The drugs were strapped to his thigh.

He was found guilty of drug trafficking in November 2011 and sentenced to death.

Ravi said Singapore’s laws allowed for exemption from the death penalty in drug-related offences if the accused was found to have mental disabilities.

However, the state had set the bar so high that it made it difficult for the accused to satisfy that criteria.

Surendran said executing a person with mental disability was against international legal norms, and a violation of the United Nations Convention on the Rights of Persons With Disabilities.

However, it does not specify at which level of mental disability should a person be spared the death penalty.

Malaysia ratified the convention on July 6, 2010 but with reservations and Singapore followed suit on July 18, 2003.

Panchalai said the ordeal had driven Nagaenthran to the point that he did not want to see his family.

“We are from a difficult background. My son had knowing or unknowingly made a mistake. Please save him,“ she pleaded.

No clemency has been granted in Singapore since 1998 when Yong Vui Kong, a Sabahan, was charged in 2007 for drug trafficking and later had his sentence reduced to life imprisonment and caning as a result of Singapore’s amendment of the Misuse of Drugs Act.