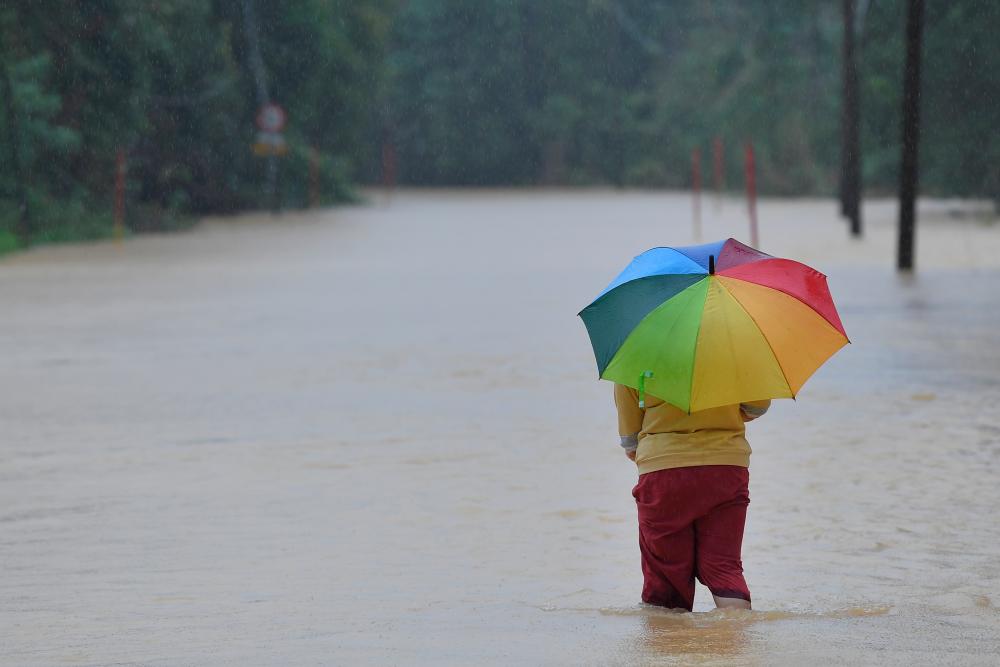 KUCHING: Heavy rain and a high tide phenomenon which occurred simultaneously forced the evacuations of 81 residents from 33 families in two villages here to two temporary evacuation centres (PPS) after their homes were inundated by floods today.

Information from the Sarawak Disaster Management Committee Secretariat said the two PPS were opened today at 8am including one at Dewan Sri Buntal which is housing 54 residents from 26 families in Kampung Buntal as of this evening at 4.00pm

Surau Ar Rahman in Kampung Sungai Batu was also used as a PPS to house 27 residents from seven families in the village which was also affected by the flood.