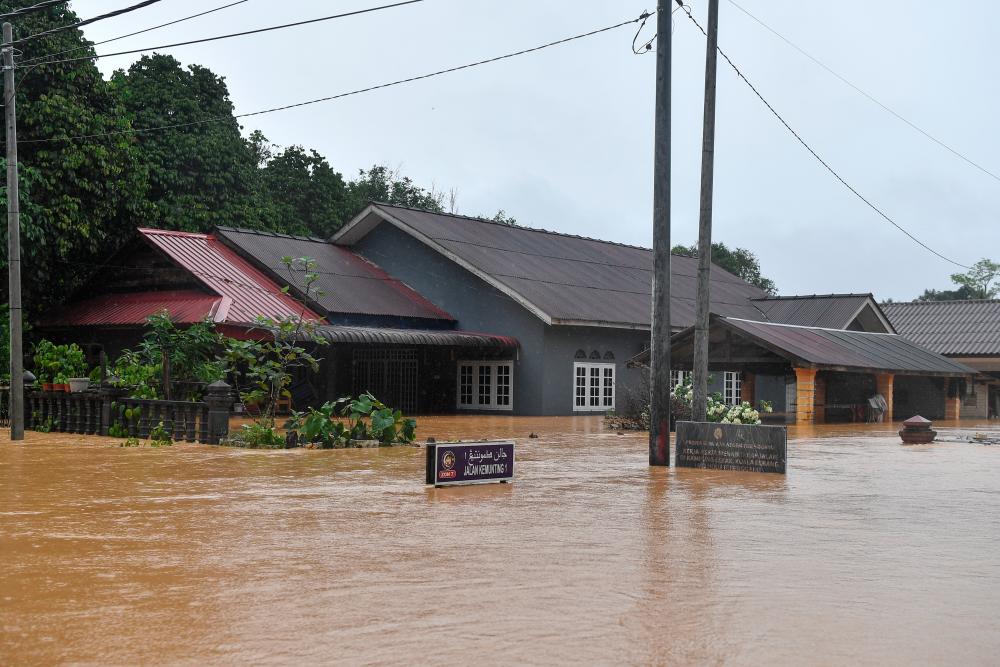 KUALA BERANG, Feb 27 - Among the houses that were flooded during the survey in Kampung Lebak, Kuala Berang.

KUALA TERENGGANU: The floods in Terengganu claimed a second life when an elderly man was found drowned about 50 metres from the Pasir Gajah Police Station, Chukai at 10.15 am today.

Kemaman district police chief Supt Hanyan Ramlan said Rahim Deraman, 69, was believed to have drowned while wading through floodwaters, and was found floating in a ditch by villagers.

“The victim, from Kampung Pasir Gajah in Chukai, lived alone at home while his five children live elsewhere.

“During the flood yesterday, one of the victim’s children called a neighbour and asking them to check on the victim. However, the victim could not be located and was found to be missing after Maghrib,“ he said when contacted by Bernama.

He said the area where the victim was found was submerged in two metres of water.

The victim’s body has been sent to Kemaman Hospital for further action, he said.

Yesterday, a 15-year-old boy became the first flood fatality in Terengganu after he was found drowned near his house in Kampung Cheneh Baru in Kemaman at about 3 pm. - Bernama