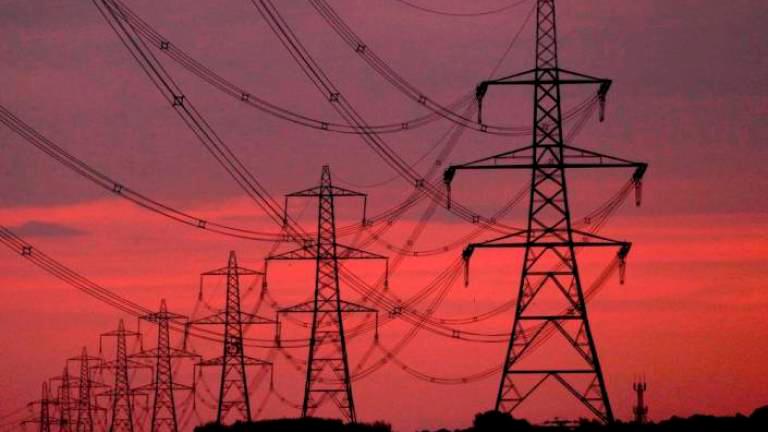 KUALA LUMPUR: The fallout from Covid-19 has a significant impact on electricity consumption trends in Malaysia and elsewhere as movement restrictions to stop the spread of the virus have led to sudden change of socioeconomic habits such as commuting, working and playing.

At the peak of the pandemic, only essential industries were allowed to operate, even some at only 50 percent capacity, while the rest of the industries were either shutdown or adapted to remote working practice.

It resulted in a sudden decline in energy demand, especially in commercial and industrial usage.

Despite a surge in household consumption of electricity, it was not enough to fill in the drop in commercial and industrial usage as the economy was only operating at 45 percent of its capacity during the seven-week movement control order (MCO) period.

Regardless of the consumption demand, power operators ensured reliable supply throughout the MCO, as well as conditional and recovery period in the country.

It expects the electricity consumption to drop between 6.0 and 10 percent year-on-year in 2020, mainly due to slowing activities in the commercial sector.

The forecast is within the range of 5.0-10 percent of global electricity demand fall predicted by the International Energy Agency (IEA).

This has also impacted the demand for coal, oil and gas. According to the IEA, renewable was the only source that posted a growth in demand, driven by larger installed capacity and priority dispatch.

In fact, globally the demand is not expected to return to normalcy anytime soon.

“Electricity demand is unlikely to return to normal levels even after the development of a coronavirus vaccine,” according to a report by scientists from Columbia University.

“The ongoing Covid-19 pandemic has caused unprecedented changes in the way people interact and approach economic activities. Electricity demand has declined and usage patterns have been altered, changes that could remain even after the pandemic ends,” the report said.

In a filing with Bursa Malaysia, TNB said the increase in demand from the residential segment was unable to fill the decline in commercial and industrial usage as both contributed close to 80 percent of the sales in Peninsular Malaysia.

It also reported that the Covid-19 pandemic is impacting the progress of the group’s initiatives to reduce its current exposure; including the restructuring and turnaround exercise and sale of investment, particularly in its 30 percent owned companies in GAMA (Turkey) and GMR (India).

However, the group’s UK assets are insulated by the long-term subsidy scheme.

Going forward, it will leverage its existing UK assets and market experience to build up a sizeable renewable energy portfolio by 2021 through acquisitions of both operating assets and development of green field projects.

As lockdown measures and its subsequent impact led to unemployment and job losses, the government introduced various incentives under economic stimulus packages such as electricity discount to 7.5 million residential users and other affected sectors and flexi payment plan.

On the regular six-month Imbalance Cost Pass-Through surcharge, TNB confirmed the adjustment was to zero from two sen/kWh for both domestic and non-domestic electricity users, from July 1 to Dec 31, 2020.

This is due to a reduction in actual fuel cost for the period of January-June 2020 compared with the previous six-month period (July-December 2019).

Since coal and natural gas are presently the two main fuels for power stations, the fluctuation in these two prices will influence the price of electricity in Malaysia, which is beyond anyone’s control.

Therefore, government policies and energy prices will have influence on the pace of development and deployment of new technologies next year, taking into account the economic factors and global market environments.

The government has introduced several initiatives such as the enhanced net energy metering programme (NEM) and solar leasing to boost renewable energy (RE) uptake.

Banks have offered solar power financial packages with lower interest and it will help Malaysia achieve the 20 percent RE efficiency target by 2025 amid increase in awareness on green energy.

Other companies that seem to support the RE industry were FGV Holdings Bhd and Malakoff Corporation Bhd’s unit, Southern Biogas Sdn Bhd, each installing a biogas power plant in Pahang and Johor, respectively.

Meanwhile, the government decision to provide more incentives under Budget 2021 will boost the RE industry growth.

Among the initiatives are the first Sustainability Bond for environmental and social initiatives and RM2 billion under the Green Technology Financing Scheme.

Sustainable Energy Development Authority has estimated that some 4.1 million buildings in Malaysia might still accommodate solar panels, and collectively generate about 24-gigawatt peak of electricity.

According to the Institute for Democracy and Economic Affairs, RE capacity is expected to reach 12-13 gigawatt grid installed capacity by 2030.

Going forward, Plus Solar Systems Sdn Bhd co-founder and chief executive officer Ko Chuan Zhen said alternative energy such as RE will be able to speed up the 12th Malaysia Plan.

He said this could be done with a liberalised RE industry and less reliance on subsidies, as well as Net Energy Metering (NEM 3.0).

“It’s a long process, and could take more than 10 years to see a real change, but when it does happen, alternative energy such as solar, as well as others such as natural gas and battery storage will become the majority, way beyond oil and gas,“ he said.

Ko said industrial customers are shifting their interest to solar power as they could produce, store and consume their own electricity or sell the excess back to the grid.

To date, Plus Solar Systems has installed solar photovoltaic systems in more than 700 buildings, as well as a number of large-scale solar farms, across Kuala Lumpur, Selangor, Johor, Perlis and Kedah. — Bernama