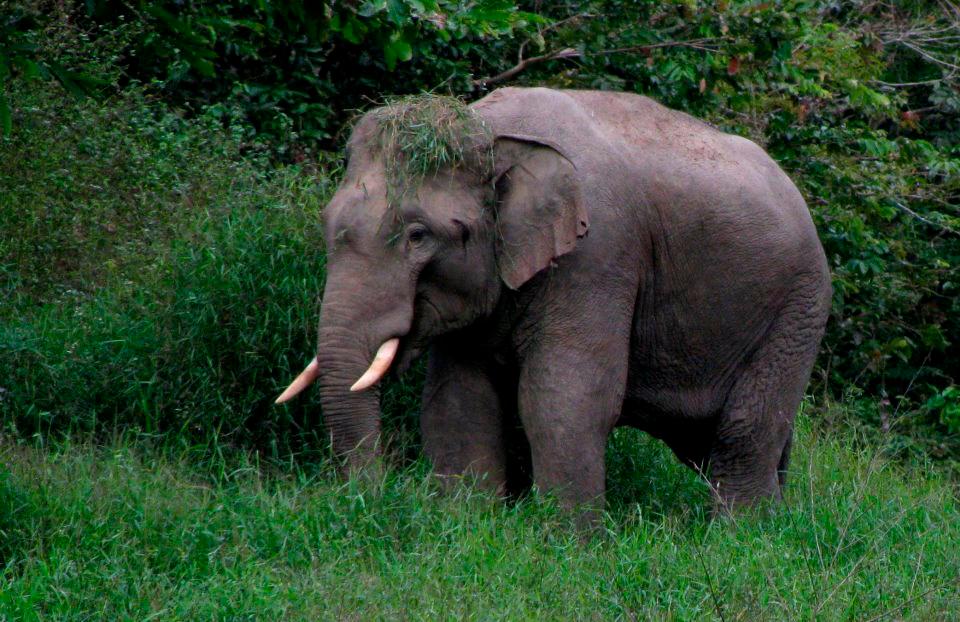 KUALA KRAI: Two wild elephants, named ‘Siti’ and ‘Pagar’, which had been a bane of residents of Kampung Bukit Pagar, here, were relocated by the Kelantan Department of Wildlife and National Parks (Perhilitan) today.

The relocation of Siti and her male calf took almost six hours with Kelantan Perhilitan using two ‘denak’ (tamed) elephants, Surai and Kala, to lure the mother and her calf in the relocation operation.

Kelantan Perhilitan director, Ady Armanty Haniff Mohammad Hanif said Siti and Pagar were “cajoled” by Surai and Kala to leave the forest area, a distance of 400 metres from where they were captured and then taken to the National Park in Terengganu, using a lorry.

He said Siti and Pagar, estimated to be up to 18 and three years old respectively, were caught by Kelantan Perhilitan on Thursday at a rubber holding following 14 complaints received from villagers on the pair roaming in the village area since some months ago.

“The two are believed to have wandered out of the forest reserve to look for food at a nearby area, especially as it’s the fruit season now,“ he told reporters when met during the relocation operation.

Ady Armanty Haniff said Siti, weighing about 800 kilogrammes, and Pagar, about one tonne, were caught by using tranquilliser shots too.

“Both mother and calf are healthy although Pagar has old wound marks on its trunk. Our observation is that the calf can survive in the wild with the care of its mother,” he added. — Bernama