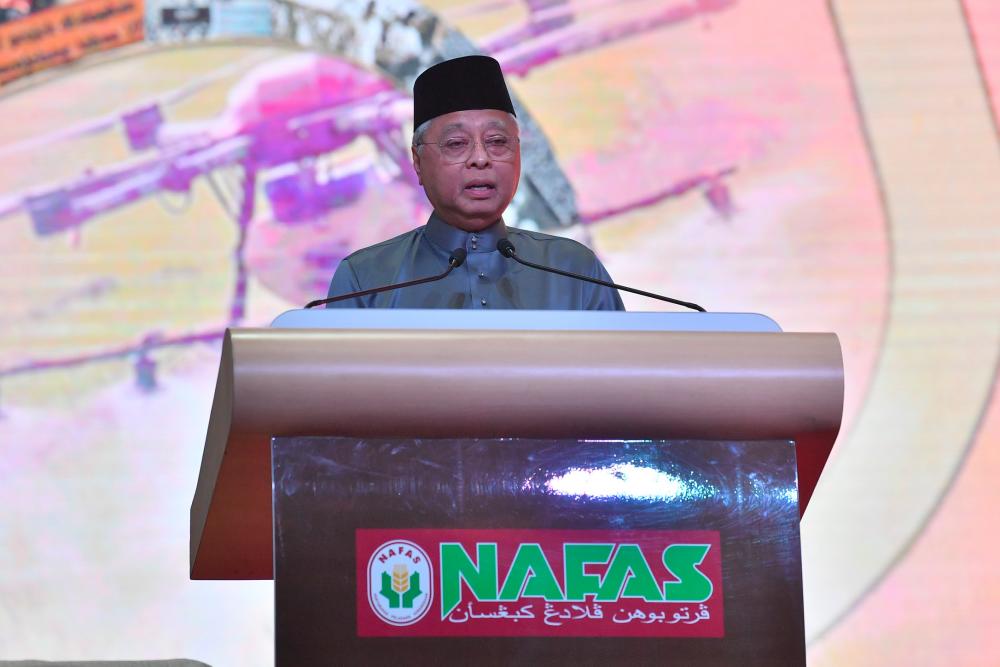 KUALA LUMPUR: Datuk Seri Ismail Sabri Yaakob (pix) has called for an end to the use of middlemen in the agriculture sector and food supply chain as part of efforts to control the cost of living due to rising inflation.

Ismail Sabri said he himself had waged war against middlemen through the ‘War Against Middlemen’ campaign in 2014 while helming the Ministry of Agriculture and Agro-based Industry.

“The National Farmers Organisation (NAFAS) must continue this fight through strategies such as creating padi purchasing and fruit collection centres and also by having more farmers and fishermen’s markets,” he said.

The prime minister said this in his speech at a dinner before officiating at NAFAS’ 48th annual general meeting here last night, which was also attended by Agriculture and Agro-based Industry Minister Datuk Seri Dr Ronald Kiandee.

Ismail Sabri said food inflation was a global phenomenon due to the disruption of the food supply chain caused by the Covid-19 pandemic which curbed agricultural activities, in turn reducing food exports and this situation worsened when the Russia-Ukraine war broke out.

“The war has threatened the delivery of some of the world’s staple crops, causing food inflation to worsen. Concerns of insufficient food supply is a global issue and not only in Malaysia,” he said.

He also expressed concern that if the war prolongs, the effects, such as on the price of fertilisers, pesticides and so on, could worsen.

Ismail Sabri said the rise in the inflation rate was a global phenomenon that was also experienced by most countries due to disruptions in the food supply chain.

However, Ismail Sabri said Malaysia currently has an inflation rate of 2.2 per cent, lower than other countries including the United States (8.5 per cent), United Kingdom (7 per cent), Singapore (5.4 per cent), Australia (4.5 per cent) and Indonesia (2.6 percent).

He also gave a commitment that the problems faced by the farming community, especially in the current global situation which has resulted in an increase in the cost of raw materials will always be given due attention by the government.

Meanwhile, Ismail Sabri said the government wanted NAFAS and the Farmers Organisation Board to implement a paradigm shift to ensure the country had adequate food supply.

He said the Ministry of Agriculture and Food Industry was also instructed to prepare long and short-term plans to prevent a food crisis in the country.

Apart from that, he urged NAFAS to breathe new life into the agro-based food sector through the application of high technology and digitalisation in order to increase agricultural production and reduce dependence on food imports.

He also drew the public’s attention with the announcement that the government had agreed to abolish approved permits (AP) to bring in staple foods from foreign countries with immediate effect.

“This allows all parties to import basic food items into Malaysia and avoid monopolies by certain groups or cartels that ultimately manipulate prices,“ he said. — Bernama