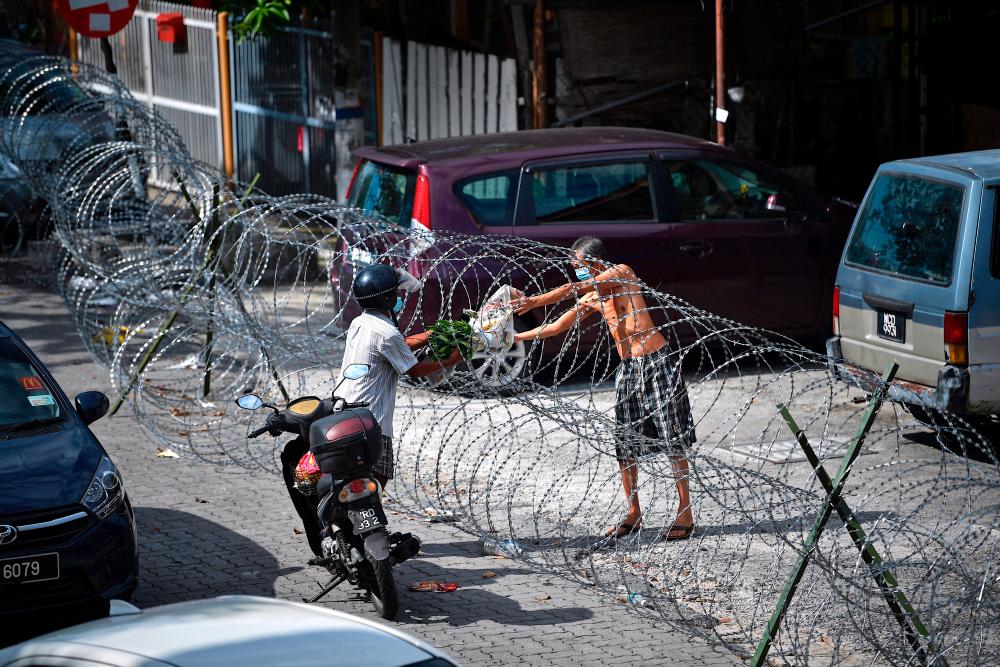 A resident of Selayang Baru collects his delivery through barbed wires, on May 4, 2020. — Bernama

PETALING JAYA: The enhanced movement-control order (EMCO) at six parcels around Selayang has been extended from May 4 to May 12, Senior Minister (Defence) Datuk Seri Ismail Sabri Yaakob said today.

However, the Kuala Lumpur Wholesale Market will see its EMCO end today, along with those in Parcel A and B at Jalan 6/3A and Jalan 9/3A.

Ismail added, that areas where the EMCO ended yesterday were Menara City One, Malayan Mansion, Selangor Mansion, the An-Nabawiyyah Tahfiz Centre, and a house in Batu 23, Kampung Sungai Lui in Hulu Langat.

4.Six vehicles trying to cross Perak border at Gerik ordered to turn back