EMCO in 13 localities in Sabah, Kelantan and Pahang from this Wednesday 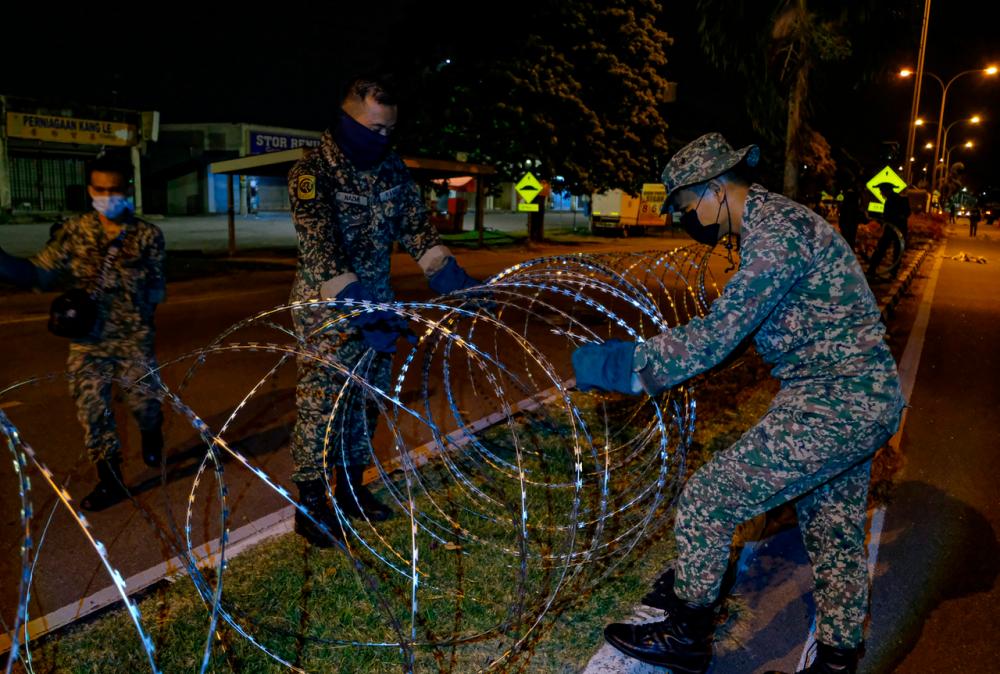 KUALA LUMPUR: A total of 13 localities in Sabah, Kelantan and Pahang will come under the Enhanced Movement Control Order (EMCO) from this Wednesday until Aug 10.

Deputy Prime Minister Datuk Seri Ismail Sabri Yaakob said the decision was taken after a special session of the National Security Council (MKN) took into account the Health Ministry's risk assessment and trend of Covid-19 infection in all the localities.

Meanwhile, Ismail Sabri, who is also Defence Minister, said the EMCO in several localities involving Sabah and Johor, which was supposed to end tomorrow, would be extended until August 10.

Meanwhile, Ismail Sabri said a total of 31 premises covering factories and business premises were ordered to close yesterday for failing to comply with standard operating procedures (SOP) set by the government to contain the Covid-19 pandemic.

1.Sultan of Perak will perform functions of King when His Majesty is away visiting UK

2.Rain or shine, pandemic or not, Khairy’s appeal in Anwar suit must proceed, says judge

5.Covid-19 vaccination for teens in Pahang to start on Monday