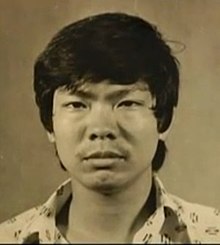 Ask any retired policeman, who was based in Kuala Lumpur in the 60s and 70s of their toughest tasks in their days of crime-fighting, and the first name of a notorious criminal that will probably crop up is Botak Chin.

Ruthless, hard-headed and a resilient criminal, whose real name was Wong Swee Chin, he etched his notoriety in stone, so much so that his misdeeds remain unforgotten to this day.

Born into a poor family in 1951, Wong, who was one of 10 siblings, dropped out of school at age 15 and went to work at a wet market to supplement the household income.

As turf wars were aplenty at the time, it did not take long for the teenager to dabble in gangland activities after seeing how thugs commanded authority everywhere they went.

After three years of engaging with gangsters and tired of being poor, Wong decided to take it a step higher by committing robberies.

He got himself a firearm and together with two accomplices, they went on a robbery spree week after week in 1969, and it did not take long for the law to catch up with him.

Wong was arrested and sentenced to seven years’ jail but was freed four years later in 1973 for good behaviour.

It is said that he tried to turn over a new leaf by working as a vegetable seller. But two years later, poverty brought out the worst in him again and he prepared to return to his old ways.

With an arsenal of firearms he had purchased with his first few rounds of robberies, Wong and his newly formed gang went on a violent crime spree, opening fire when robbing banks and other cash-rich establishments.

Police launched a hunt for him but the elusive Wong, described as eccentric but highly intelligent, could not be traced.

When the frequency of his crimes rose and spun out of control, police tasked its top crime buster S. Kulasingam, then a deputy superintendent of police, to put an end to Wong’s atrocities.

Kulasingam, a fearless police officer who had mowed down dozens of triads and criminal gangs, vehemently pursued Wong.

Fearing the top gun will catch up with him, Wong ordered his men to “finish off” Kulasingam.

In November 1975, the police officer was ambushed while driving at a junction near Jalan Pekeliling in Kuala Lumpur.

Wong’s henchmen fired a dozen gunshots at the officer, several of which hit and badly wounded him.

Kulasingam survived the assault and three months after recovering from his injuries, he returned to duty, more resolute at bringing Wong to book.

Kulasingam’s unwavering determination in nailing Wong led the officer to Wong’s hideout at a timber mill in Jalan Ipoh in February 1976.

Backed by multiple police teams, Kulasingam led an ambush but Wong and his henchmen did not give up easily.

A fierce shootout ensued between police and the men, which lasted for over an hour.

With both his henchmen gunned down, Wong, who suffered gunshot wounds to his legs and hands, was finally arrested.

Although he was alleged to have committed murder, he was charged with possessing and discharging firearms and was subsequently dealt the death sentence.

While being held at the Pudu Prison, he made an attempt to escape by brutally injuring three prison wardens, but the getaway was thwarted.

On June 11, 1981, Wong was executed at the Pudu Prison after exhausting all avenues to appeal the death sentence.

He was dubbed a modern-day Robin Hood at the time as it was said he had donated a large part of his ill-gotten gains to the poor.

However, it was also said he had only done so to ensure those around him did not expose his whereabouts to the authorities.

It was also widely shared that Wong had his own “code of ethics” which was not to rob the poor or endanger the lives of children when his gang pulled off robberies.