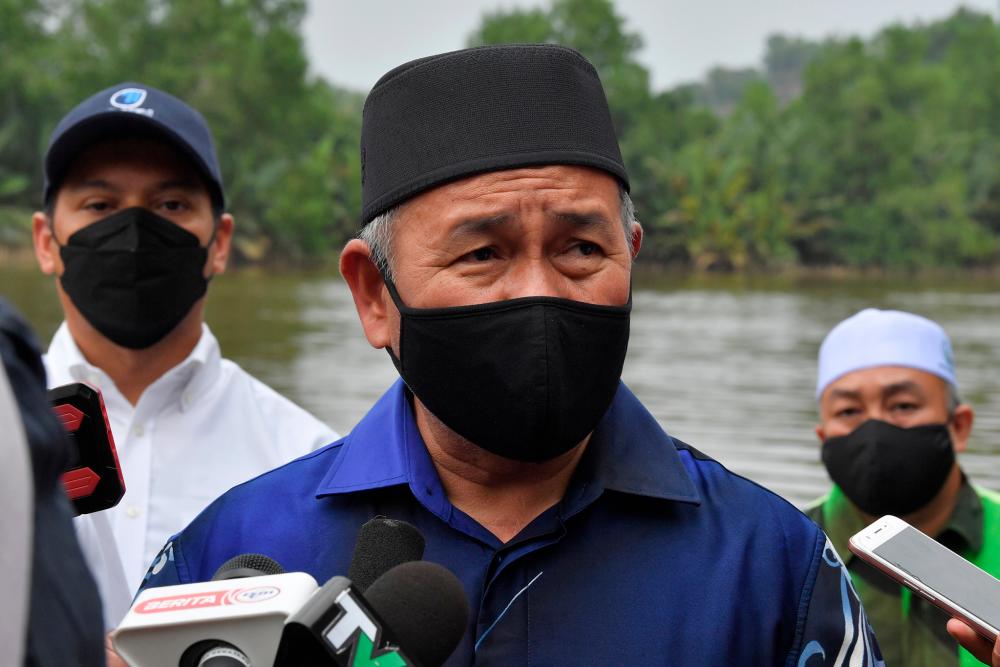 KUALA TERENGGANU: The Ministry of Environment and Water will improve the River Sand Mining Guidelines (Amendment) 2020 for long-term plans to avoid incidents of burst pipes in the riverbed.

Environment and Water Minister Datuk Seri Tuan Ibrahim Tuan Man (pix) said the improvements would include marking every underwater pipe, including in rivers.

“Marking of pipes need to be done because no one would realise there are main pipes underwater if they are unmarked. Plus there are compliance issues as well, for example, the distance of the building from the main pipe for sand mining and such,” he told reporters after inspecting the location site of the burst pipe at the riverbed of Sungai Terengganu here today.

Tuan Ibrahim said the guidelines issued by the Department of Irrigation and Drainage has been agreed upon by all state governments and has been in use since 2015.

He said the guidelines were aimed at creating a more inclusive and uniformed guide to process applications of river sand mining throughout Malaysia by considering the ecosystem balance and morphology of the river, in addition to determining the quantity of sand that could be mined within a set period of time.

Tuan Ibrahim also said that RM2.5 million was spent to overcome the worst water supply crisis in Terengganu that occurred when the 1.2 metre main pipe burst at the riverbed of Sungai Terengganu.

He said efforts to install the pipe by Syarikat Air Terengganu Sdn Bhd (SATU) were ongoing and were expected to be completed by Sept 12.

Also, the operation of Bukit Berapit Water Treatment Plant would be sped up and was expected to begin on Sept 14 at 50 per cent capacity or 60 million litres a day at the start.

The first water supply crisis which affected 150,000 residents in Kuala Nerus district and part of Kuala Terengganu lasted 12 days starting n Aug 2 when the main pipe at the bottom of Sungai Terengganu burst. Water was restored in stages on Aug 13.

On Aug 23, however, the same pipe burst again and repair work is expected to take 20 days. The expected date of completion for the repair is Sept 12 as the damage sustained this time is worse than the first incident.- Bernama

Companies allowed to import frozen chicken until Feb next year

5.Companies allowed to import frozen chicken until Feb next year