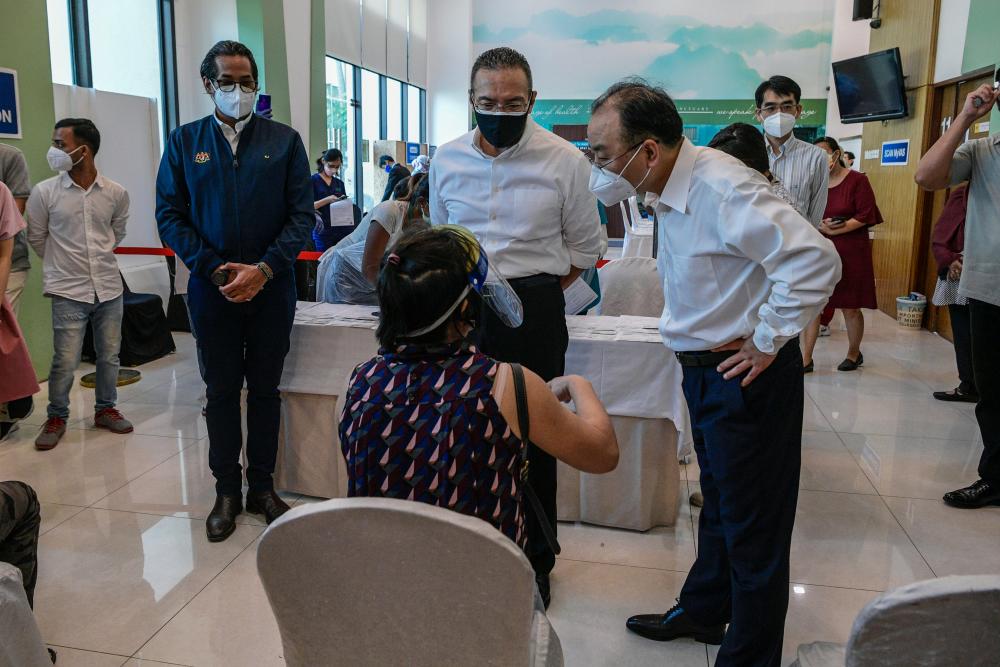 KUALA LUMPUR: China’s ambassador to Malaysia Ouyang Yujing has expressed his appreciation and gratitude to Malaysia for the vaccination programme held for Chinese nationals in this country.

Speaking to the media after visiting the programme, Ouyang said he regarded the programme as a result of solid friendship between Malaysia and China.

“Since the outbreak of Covid-19, China and Malaysia have helped each other with assistance to fight the pandemic. We will defeat the pandemic together,” he said.

Some 500 Chinese expatriates working in the Klang Valley today received their jabs under the programme.

Khairy told reporters that the remaining Chinese nationals will be vaccinated at vaccination centres all over the country by next week.

“I am told the number by Chinese nationals in Malaysia is more or less 30,000,” he said.

Khairy, who is Science, Technology and Innovation Minister, thanked the Chinese government not just for its contribution but also continuous support in Malaysia’s procurement of Chinese vaccine.

“Although Malaysia buys from Chinese phamaceutical companies like Sinovac and CanSino, the approval has been facilitated by the Chinese government.

“That is one reason Malaysia can speed up its vaccination programme due to the support we received from the Chinese government,” he said.

Khairy said Malaysia had procured 12 million doses of Sinovac and it will be increased to 15 million or even more.

“So far 12 million has already been delivered. For the single dose CanSino vaccine from China, the first shipment is in the first week of August,” he said.

“We are working with the British High Commission in Kuala Lumpur to finalise the date of delivery for 400,000 plus doses of AstraZeneca,” he said.