Envoy: At least one M’sian dead in NZ volcano eruption 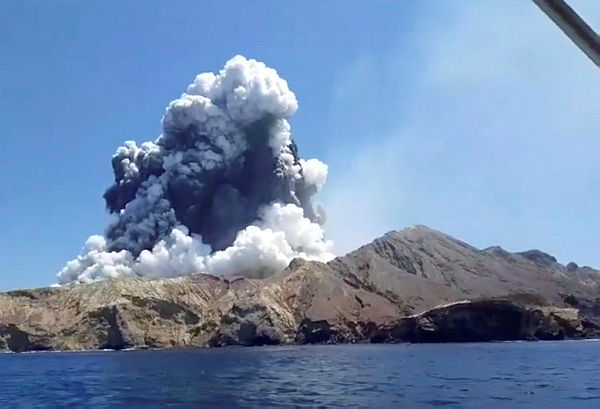 Smoke from the volcanic eruption of Whakaari, also known as White Island, is pictured from a boat, New Zealand Dec 9, 2019. — Screengrab courtesy of @allessandrokauffmann via Reuters

PETALING JAYA: A volcano eruption on New Zealand’s White Island on Monday has claimed the life of at least one Malaysia citizen.

The High Commission of Malaysia in Wellington, New Zealand confirmed this in a Facebook post today morning.

“This morning at 9.30am local time, the High Commission was informed by NZ authorities that at least one of the deceased is Malaysian.

“Further details are being obtained as the investigation progresses. We are working closely with the local authorities and will continue to update form time to time,” it said.

The high commission also advised Malaysians travelling near the region to exercise caution and follow the advice issued by local authorities.

She said tourists from Malaysia, Australia, United Stated, United Kingdom, China and Germany were among those killed or missing.

Local police have said that they do not expect to find more survivors on White Island, where two explosions in quick succession had sent up a huge plume of ash that could be seen from North Island.

About 31 other people were injured during the incident, with a total of 47 visitors at the island during the eruption on Monday.

New Zealand’s geoscience agency GNS Science has warned of a 50% chance of a recurring eruption in the next 24 hour at the island, said to be the largest volcanic structure in New Zealand.