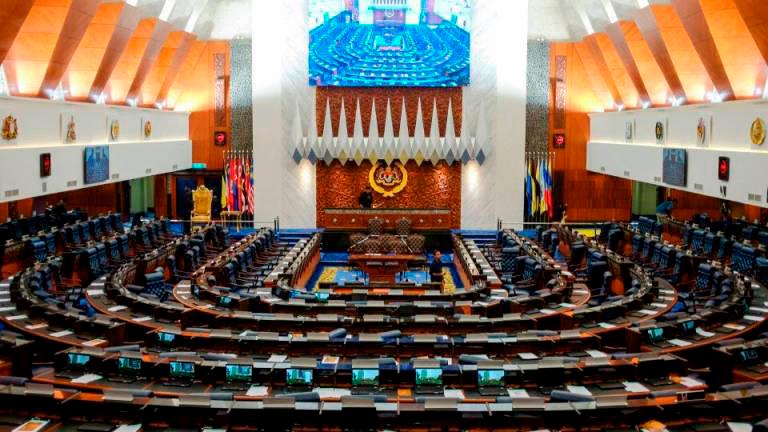 Following the end of the Emergency period on 1 August or earlier, it is evident that the nation will continue to face a perilous and high risk situation because of the prolonged duration and unclear course of the pandemic as well as the deepening economic crisis.

In this situation, any decision to go ahead with political activities that are part of the conventional electoral process is fraught with unavoidable danger to the nation’s socio-economic progress and security.

We can expect that millions of lives in the entire country will be exposed to an unpredictable and not easily contained pandemic in the electioneering. .

There is no way any authority - medical or non-medical - can guarantee that the holding of a GE at the end of 2021 or even early 2022 can avoid a worst case health scenario which can bring the nation’s economy and society to its knees.

At the same time we are cognisant of the need during this extraordinary period to ensure that the nation’s governance and political administration continues to function normally.

It is also important during this critical period that our political leadership enjoys the confidence and full support of Malaysians.

How to bring about a situation that can ensure a political leadership which has the clear support of the majority of our Parliamentarians without going through a potentially disastrous election is a challenge.

This challenge is more formidable as the present political dynamics has produced no strong evidence of a viable government with an undisputed majority. The same political stalemate may also come about with a new GE.

Various approaches and strategies have been provided by some of the country’s key stakeholders to resolve the political deadlock in the current emergency and pandemic.

Some of these proposals center around the formation of a national unity government that can be set up by an open and transparent democratice process when Parliament reconvenes.

It is timely for all stake players to put forward their views on the most practicable and least contentious method of arriving at such a national unity government and a political leadership that has the support of the clear majority of our Parliamentarians.

A number of steps are involved in our proposal on how a national unity government can be established that is constitutionally defensible; transparent; and publicly trustworthy and acceptable.

1. Firstly the Yang DiPertuan Agong exercises the constitutional prerogative not to call for elections and instead proposes a procedure to instal a unity government under the leadership of a Prime Minister who has the undisputed support from a majority of the 222 parliamentarians.

2. All parliamentarians will write down his or her choice of Prime Minister. This will be done without the need for the proposer to reveal his identity and to avoid any repercussions arising from his choice. The top 5 choices with the most nominations will be named without revealing the number. They will proceed to the next round of selection.

3. A similar process of anonymous selection will take place involving all parliamentarians choosing only one name from amongst the five. Should any one of the five receive an absolute majority of the votes, he or she will be deemed to be the Prime Minister

4. Should there be no absolute majority for any of the 5, the top two names with the highest votes will proceed to the final round of balloting

5. Following the identification of the top 2 picks, a last and final selection process will take place. This final selection will be done openly so that all Parliamentarians can make known their preference as PM. This will also permit the PM to know where his support is coming from.

6. Upon his selection the selected Prime Minister will then be required to put together a unity government of his choice. To ensure a national unity government he or she will be required to appoint at least one third of the Cabinet Ministers and Deputy Ministers from the members of the opposition. This will mean that the PMs own coalition will have two thirds of the Cabinet positions or even less should he be able to bring in members without any political affiliation who have strong records of integrity and merit.

8. This unity government can remain in place until GE 15 when the normal election system can come into play again

In summary this national unity government plan is proposed to ensure

iii) there will be a much more cohesive and effective government than what is current to run the country until the next due election.

We are hopeful that the process outlined can produce a unity government that is popularly acceptable, stable and effective during this extraordinary period of crisis.

We welcome feedback from other stake players on how to establish a national unity government that has the right qualities to take charge of our nation in its hour of need.