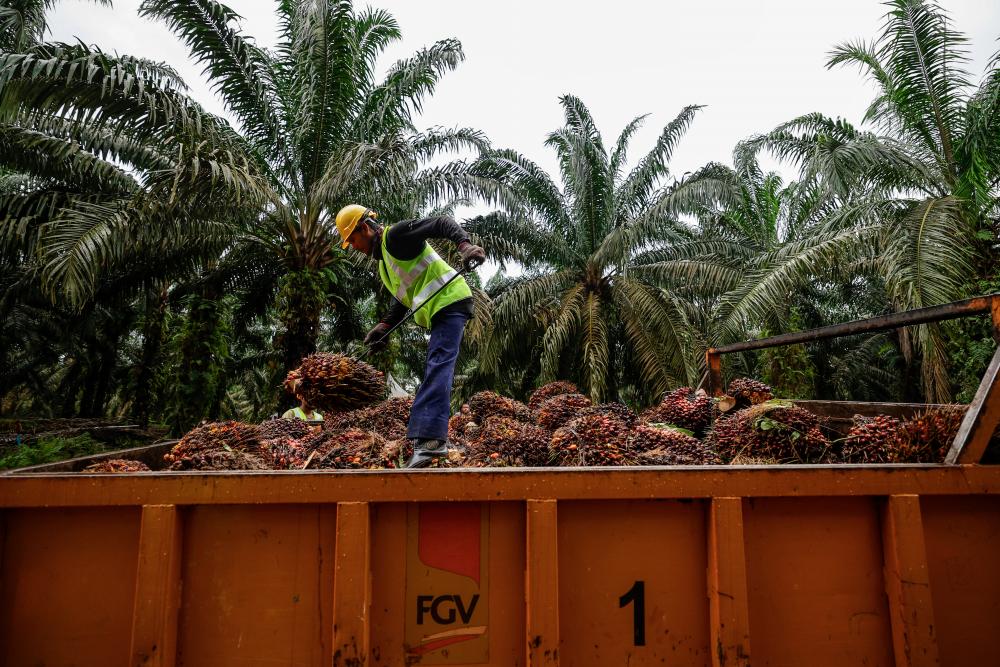 Malaysia’s main export countries are India and China, and the EU as a bloc imports much lower amounts of Malaysian palm oil.

“The issue that the EU is championing is related to the sustainability of our oil palm plantations and whether the Malaysian government allows the country’s tropical forests and natural habitats to be cleared to make way for profitable oil palm plantations,” he told theSun.

Ng said the EU reached an agreement on Dec 6 last year to ban the import of palm oil products, which have been identified as “drivers of deforestation” if they come from deforested land after Dec 31, 2020.

“The Deforestation-Free Products Regulation is a deliberate act by Europe to block market access, hurt small farmers and protect a domestic oilseeds market that is inefficient and cannot compete with the cost of palm oil,” he said.

“Some people claim that the Malaysian Sustainable Palm Oil (MSPO) certification scheme is only applicable to major palm oil industries, while the smaller ones escape such controls.

“This is not true as all oil palm plantations, independent and organised smallholdings, and palm oil processing facilities must adhere to the scheme issued by the Malaysian Palm Oil Certification Council.

Ng said palm oil is a valuable industry as it is used in various household items, adding that for every fresh fruit bunch, two types of oils can be extracted – crude palm oil (CPO) and crude palm kernel oil (CPKO).

“CPO that is initially bright orange will go through a refining process and discolouration. It is used extensively in the food industry in the form of vegetable fat and is a common ingredient in biscuits, breads, milky beverages and margarine. It is also a plant-based substitute for animal fats such as butter and lard.”

He said to keep the texture of bread spreads smooth and creamy, most store-bought products contain CPO.

Ng also said the incorporation of CPO in on-shelf goods like peanut butter and chocolate hazelnut spreads will keep them from liquifying even at room temperature.

“CPKO, on the other hand, is commonly used in cleaning products such as detergents, soaps and shampoos, as well as in cosmetics.”

Ng added that palm oil is used more commonly than any other types of oils as it is cheap.

“Goods that use palm oil as the source of fats can produce a higher volume of products in comparison with any other oils used in the same amount. It is also the only plant-based fat that is not genetically modified.”