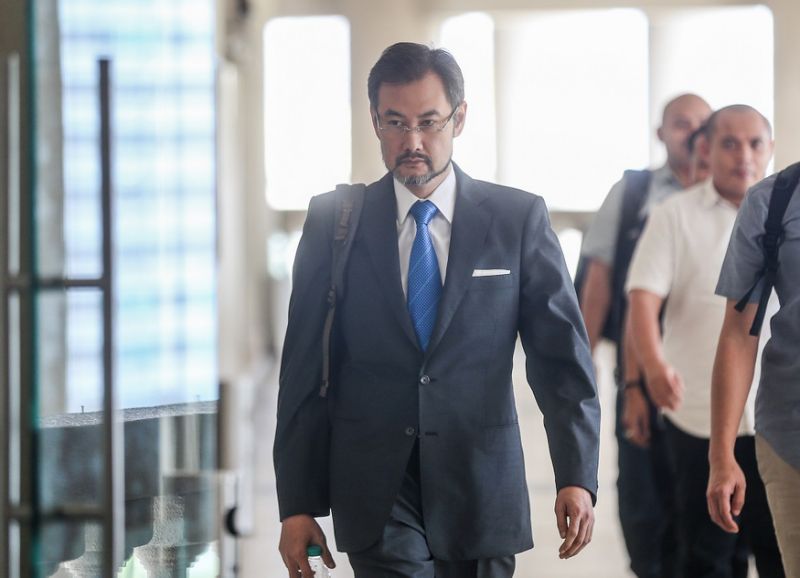 “He (Najib) was also aware of the approval as he had put his signature on the relevant documents,“ Shahrol Azral said, explaining that the approval received from Najib was in line with section 6 of the Loans Guarantee (Bodies Corporate) Act 1965.

The former CEO was testifying as the ninth witness for the prosecution in the 15th day of trial against Najib, 66, who faces four charges of abusing his position to obtain gratification amounting to RM2.3 billion of 1MDB funds, and 21 money laundering charges involving the same amount.

The Pekan MP is alleged to have committed the first four offences at Jalan Raja Chulan branch of AmIslamic Bank Berhad between Feb 24, 2011 and Dec 19, 2014, while the money laundering was committed between Mar 22 and Aug 30, 2013 at the same location.

During examination-in-chief by senior deputy public prosecutor and former federal court judge Datuk Seri Gopal Sri Ram, the witness was referred to a document from the Finance Ministry dated Aug 3, 2012, to which he said it was a letter of approval from Najib in his capacity as Finance Minister, sent to him (Shahrol), in reference to a loan facility not exceeding RM1 billion as well as US$1.75 billion (RM7.3 billion) in bonds, for the acquisition of Genting Sanyen.

The issuance of the bonds was guaranteed by 1MDB and International Petroleum Investment Co (IPIC), with Goldman Sachs as financial advisor and lawyer Jasmine Loo as representative of the 1MDB investment team, said Shahrol.

He also informed the court that the approval received from Najib followed internal consent within 1MDB comprising approval by the board of directors and “by the 1MDB shareholder comprising MoF Inc which was Najib”.

The resolution also approved the complete acquisitions of both Mastika Utilities & Services Sdn Bhd and Mastika Water Management Sdn Bhd, with Shahrol given the mandate and responsibility to manage all sale and purchase documentation for the acquisitions.