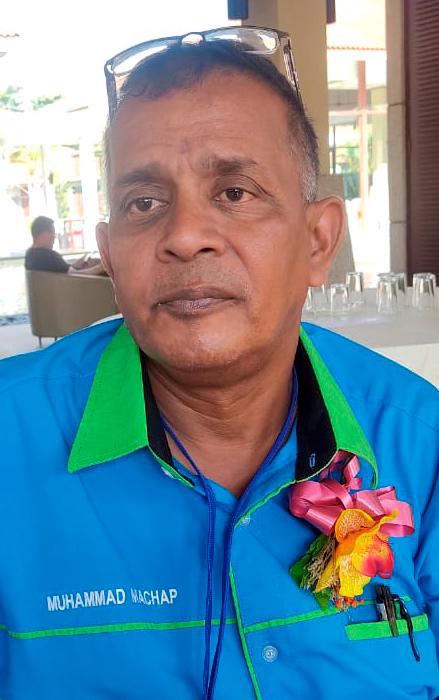 Muhammad said many ex-detainees were struggling to make a living and have trouble getting jobs and securing loans to start a business or further their education.

KLANG: After being rehabilitated and leading successful lives, former detainees of preventive laws such as the Emergency Ordinance, Restricted Residence Act and Banishment Act – all of which have now been repealed – have embarked on a noble mission to guide and rehabilitate wayward youth.

In March, they formally registered the Former Detainees Welfare Organisation (Popoc), with Ganesan M. Krishnan at the helm as president.

Ganesan told theSun there are more than 100 members aged in their 20s to 70s in the organisation.

He said the idea to form Popoc was mooted by several former detainees, including himself, to help advise youths who are involved in gangsterism and unhealthy activities.

“We want to give back to society and help families of those with wayward children, and assist other former detainees who are struggling to make a living.

“We will also reach out to those who have returned to their old ways upon being released, and guide them back to the right path,” said Ganesan, who urged other former detainees of preventive laws to join Popoc.

After being released from a five-year detention in 2006, the 58-year-old father of three worked as a driver for several years before setting up a transport company.

He said he was grateful to the police, Prisons Department and others who have constantly supported Popoc’s mission.

“Most of our members were detained for gang-related activities and are now reformed members of society. They lead straight and honest lives. They are involved in industries such as agriculture, fish farming and transport and are very successful.

“We have a serious problem with gangsterism, especially among Indian youth, and we intend to tackle this issue holistically by sharing our experience so they do not get involved in such activities.”

“Parents with such children can contact us,” said the 60-year-old, who spent two years in detention for his first brush with the law when he was 28, and was banished to Jitra for another two years from 1995 and 1999.

Muhammad was a government school teacher before his detention and has a Bachelor’s degree in History and English, and a Master’s in Business Administration, all of which were attained at government universities.

He said he went astray despite having a good job and educational credentials because he “mingled with bad company and got drawn into their activities”.

“Many ex-detainees are struggling to make a living and have trouble getting jobs and securing loans to start a business or further their education.

“We will assist them in getting loans and look into their welfare,” said Muhammad, who has been working as a tutor for Master’s and PhD students since his release over 20 years ago.

Last Sunday was a proud moment for Popoc members when they held their first annual general meeting at a clubhouse in Klang.

It was attended by almost 200 people, including representatives from the police and Prisons Department.

Department deputy director of security and intelligence Anathurai Kalimuthu said it was commendable that the former detainees had taken the effort to form Popoc and described the event as “historic”.

“As far as I know, this is the first organisation in Malaysia that is managed by former detainees. There are non-governmental organisations that assist discharged convicts, but they are unlike Popoc, which is fully managed by reformed offenders.

“I hope Popoc will organise programmes to provide job opportunities or counselling for them so that they do not reoffend,” he said.