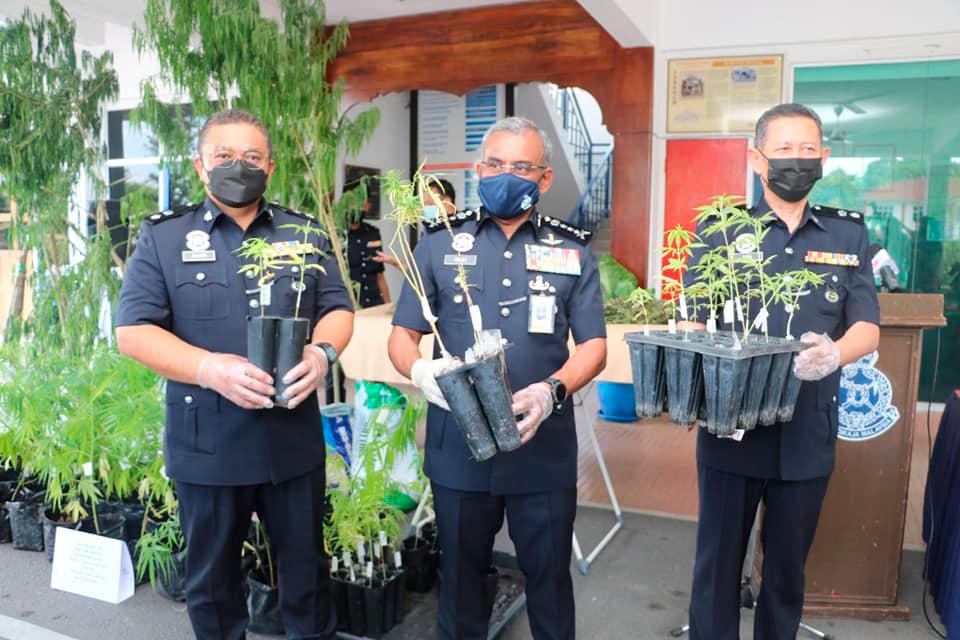 BENTONG: A 78-year-old former diplomat who was arrested on Saturday for running a ganja plantation in an isolated area in Janda Baik, Bukit Tinggi here, had learnt about cultivating the plant from online videos.

The man who has a Datukship was held after police raided his house and found 102 ganja plants growing in his vast land in Kampung Sum Sum Hilir at about 6.10pm on Saturday.

In a follow-up operation, police also arrested the man’s 53-year-old son at Shah Alam on Monday evening for allegedly aiding his father’s activities.

Police learnt that the duo had been involved in cultivating ganja since 2015.

The suspects had apparently obtained the seeds of the plant from dealers in Kuala Lumpur learnt how to cultivate the plant by watching online videos.

Although the diplomat tested negative for drug use, preliminary investigations revealed that the man had consumed small quantities of ganja oil with his drinks over the past three years.

However, the man’s son tested positive for ganja consumption and has been a user since 2013.

Investigators also learnt that they had allegedly sold the drugs to close acquaintances apart from their own consumption.

He said the total value of both the seized ganja plants and dried leaves was estimated to be almost RM64,000.

He said both suspects who are being held under a remand order are being investigated under Section 39B of the Dangerous Drugs Act, which carried the penalty of life imprisonment or death by hanging if found guilty.