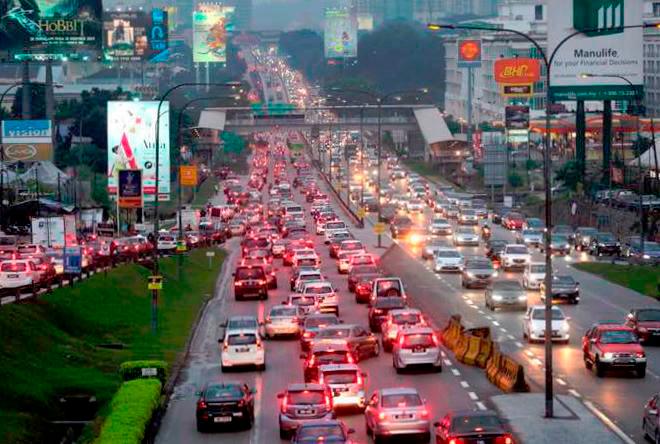 KUALA LUMPUR: Offering a wider network of the Bus Rapid Transit (BRT) system is seen as one of the alternatives to strengthen public transportation services, thus helping to reduce traffic congestion in the capital.

Senior lecturer of the Department of Urban and Regional Planning, Faculty of Built Environment and Surveying, Universiti Teknologi Malaysia, Dr S. Gobi Krishna said the expansion of the BRT system to cover areas located far from rail services with reasonable fares should be done by 2025 to make the public transportation network more efficient and comprehensive.

He said this does not necessarily require the construction of new road infrastructure or tracks as it could use existing roads, thus reducing the cost of land acquisition for construction.

“For example, on the Federal Highway, there is already a special bus lane that can be interchanged with the BRT service system and integrated with rail stations for route change to provide optimal service to public transport users.

“However, not all routes and locations can use the existing roads. If there are too many stops, it will be like stage bus services and will not achieve the actual goal,” he told Bernama.

The BRT Sunway Line is part of the Klang Valley Integrated Transit System and utilises an exclusive and elevated busway that is not shared with normal road traffic.

Gobi Krishna is of the view that the BRT system is able to complement rail transport connectivity through integration with the Light Rail Transit (LRT) and Mass Rapid Transit (MRT) services as implemented on the Sunway-USJ 7 route.

Among the potential routes were from the City Centre to Ampang; Klang to Pasar Seni; Damansara to Kinrara; and Kepong to Ampang, as these areas have high population density which is able to attract many users, he added.

“I was made to understand that RapidKL is currently conducting a pilot study for two BRT routes, namely Route 400 (Damai Perdana-Lebuh Pudu Hub) and Route 640 (Sri Manja to Pasar Seni Hub),” he added.

He said BRT could also become an intra-city express service to connect several economic development areas with city centres around the Klang Valley, besides creating a circular route that connects important district centres.

Recently, there was a debate among social media users on the need to create a BRT system in the Klang Valley as a short-term solution to reduce traffic congestion as the full construction of the MRT system requires a long time and is only expected to be completed in 2030.

Meanwhile, Universiti Teknologi MARA Transport and Logistics lecturer Assoc Prof Dr Harlina Suzana Jaafar is of the view that although the implementation of the BRT system involves a lower cost than the LRT and does not require a long time, it needs to be looked at from an economic and long-term investment point of view.

This is to ensure that the services provided are in accordance with the location of the infrastructure to give a positive impact on the social, economic and environmental aspects, she said.

She added that the execution of any project to achieve quality, efficient and effective transportation services requires research and long-term implementation method and not as an ad-hoc solution.-Bernama