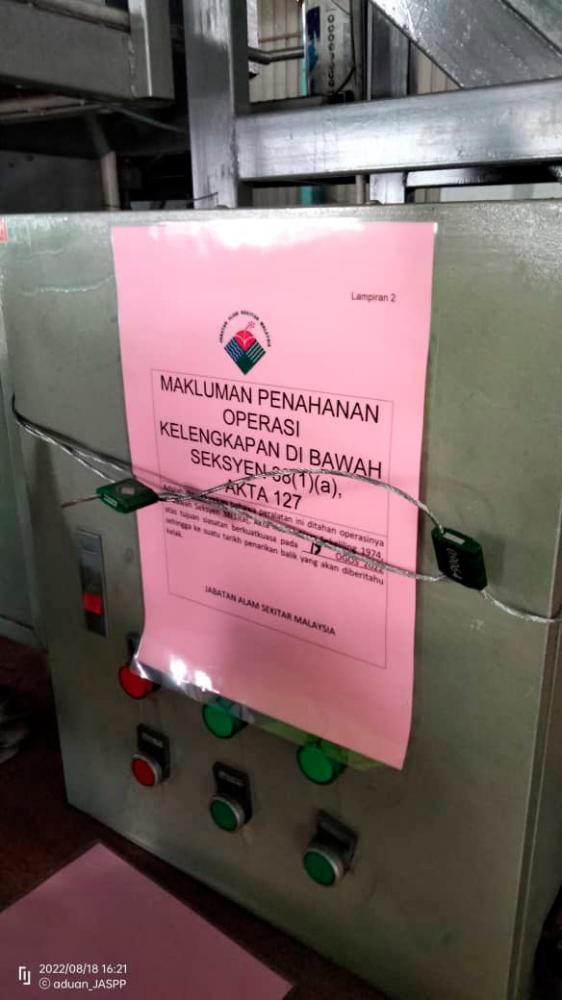 State DOE director Sharifah Zakiah Syed Sahab said the EOD directive was issued following a raid carried out at the factory that was operating without a licence, after receiving information and carrying out surveillance.

Action will be taken against the factory under Section 38(1)(a) of the Environmental Quality Act 1974.

“Investigations carried out by DOE revealed that the factory had been procuring and processing used cadmium and lithium batteries without a licence. The EOD order was to stop activities that can cause pollution and damage to the environment,“ said Sharifah in a statement today.

Sharifah said 250 containers filled with disposed lithium and cadmium batteries were seized during the raid carried out by DOE.

She said further investigations revealed that the disposed batteries were brought into the country via air cargo to avoid tight security checks carried out by the authorities when goods are brought in through the sea route. - Bernama