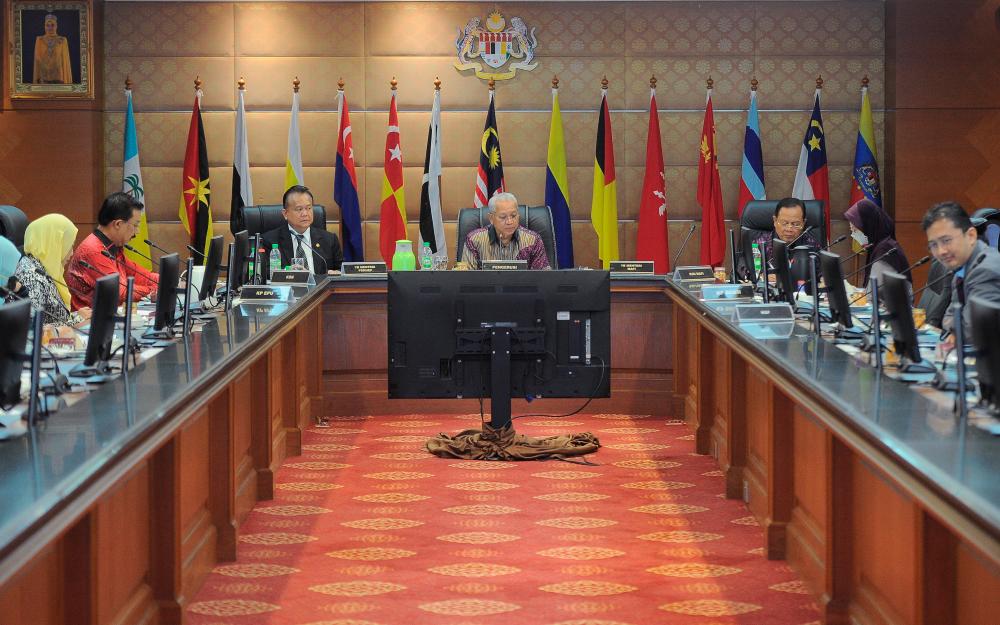 He said such panic buying caused a shortage of cooking oil in such packing in the market.

“We are studying the supply thoroughly... The matter was discussed just now and the minister gave assurance that several measures would be taken to ensure adequate supply.

“We have discussed certain specific measures earlier which I do not need to mention here but on the question of insufficient cooking oil, we have certain approaches to improve in future.

“The amount we subsidise every month (that is) at 60,000 tonnes a month should be more than enough unless there are certain things that happen which we need to manage better,“ he said.

He told reporters after chairing the first meeting of the Special Task Force on Jihad Against Inflation here today.

In this regard, he said the ministry would also be checking the action of online traders who are reselling the subsidised 1 kg cooking oil in polybag at RM27 for five packets when they are sold at RM12.50 for five packets in the market.

““Yesterday, an advertisement in an online platform openly made this offer...I have ordered the Malaysian Communications and Multimedia Commission (MCMC) to take action under the relevant laws.

“The Domestic Trade and Consumer Affairs Ministry (KPDNHEP) will also be taking follow up actions against such parties,” he said.

Annuar said, while the government is trying its best to look after the welfare of the people, some traders are deliberately raising prices to reap profits at the expense of the people.

“I am urging the public to help stop this deliberate price increase ...by cooperating with the government and expose these quarters for violating the laws and exploiting the people.

“We know the people are suffering from the pressure of rising prices of goods from all corners...We believe from now the traders who heard the message would cooperate to ensure subsidised goods are not abused,” he said.

Yesterday, Prime Minister Datuk Seri Ismail Sabri Yaakob said the Cabinet had agreed to set up a special team to help Malaysian families face the challenges of the rising cost of living.

Ismail Sabri said the special team’s role is to gather all information from ministries, agencies and the public to formulate strategies and coordinate actions to resolve issues related to inflation, especially controlling the increase in prices of goods more efficiently and effectively. — Bernama