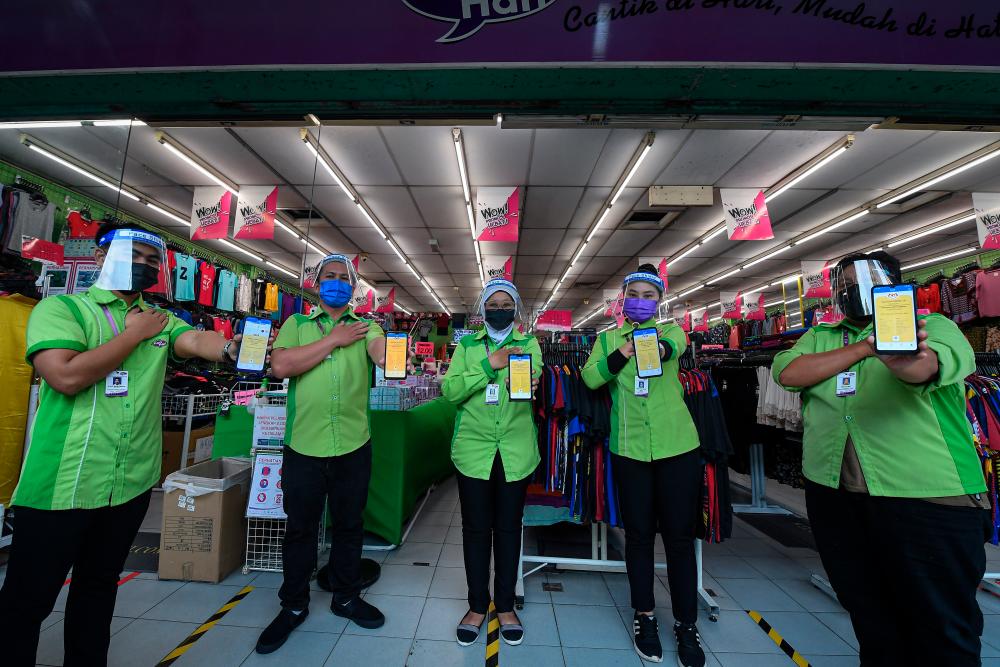 KUALA LUMPUR: The ongoing Covid-19 vaccination drive and the subsequent easing of restrictions for fully vaccinated individuals have turned the vaccination certificate into a valuable commodity.

The digital certificate holders have the freedom to dine in at restaurants and participate in recreational activities in open areas. Some of them are even allowed to travel across districts and states.

However, the move to turn the vaccination certificate into a “ticket to freedom” has resulted in certain quarters, especially anti-vaccine groups, scurrying for ways to fake their Covid-19 vaccination by getting a forged certificate.

The allegations may be true. There is, for example, a purportedly anti-vaccine group which, through its Telegram account, is actively searching for private clinics offering fake vaccination certificates to individuals who are reluctant to receive the Covid-19 vaccine.

The group members can be seen exchanging information but refrain from mentioning the name of the clinics concerned in their chat space.

“Many places (offering the fake vaccination certificate) are good at negotiating (the price),” a group member was quoted as saying.

Not a new issue

The police have said that investigation papers have been opened on the alleged online sale of fake digital Covid-19 vaccination certificates.

Last month, the government decided to ease certain social restrictions for the fully vaccinated community. The move also served as an incentive to those who have yet to get the vaccine so that the government can achieve its target of vaccinating 80 percent of the population by the end of October to attain herd immunity.

About 60 percent of Malaysian adults were fully vaccinated as of Sept 6.

Dr Mohd Shafiz Mohd Zaini, a medical practitioner at a private clinic here, did not rule out the possibility of some individuals attempting to get their hands on fake Covid-19 vaccination certificates.

In fact, he added, faking vaccinations is not a new issue and it is not limited to the Covid-19 vaccine.

“There have been people who came to us to request a vaccination certificate for their children who have not been immunised (as per the child immunisation schedule). They are basically new clients.

“Some people have also tried asking us if we knew of any clinic that offered the (Covid-19) digital certificate,” said Dr Mohd Shafiz, who did not refute allegations that some clinics are offering fake vaccination certificates.

According to him, the demand for fake certificates is also high among undocumented migrant workers who are avoiding vaccination for fear of being apprehended by the authorities even though the government has given its assurance that they will not be detained.

Meanwhile, for Dr Muhammad Faiz Nasir, integrity is paramount for all medical practitioners, and said stern action should be taken against the doctors and staff of the clinics concerned if the allegations are proven true.

“It’s an immoral act. I know many private clinics have been facing (financial) problems due to the drop in patient numbers after the MCO (Movement Control Order) was imposed. But this is not an excuse for them to do something that is illegal to generate an income,” said this doctor who works at a private clinic here.

Federation of Private Medical Practitioners Associations of Malaysia president Dr Steven Chow has previously claimed that some of the federation members have received offers of up to RM1,000 to falsify the digital vaccination certificate.

He said the individuals making such offers not only comprised anti-vaxxers but also those who have yet to be vaccinated but needed the certificate urgently for an interstate trip.

In reference to allegations that doctors and certain parties were paid bribes to issue digital vaccination certificates to those who were not immunised, Malaysian Anti-Corruption Commission chief commissioner Datuk Seri Azam Baki had said that his agency has so far not received any official report on this matter.

However, he said investigations and surveillance will be carried out at the locations where the purported act had taken place.-Bernama