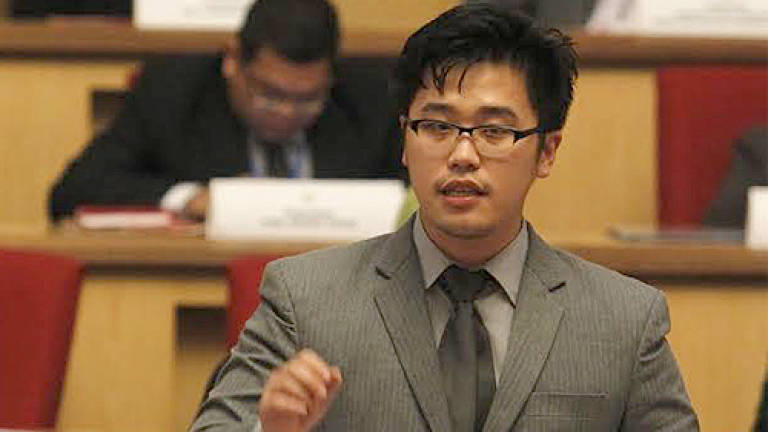 IPOH: A Perak state executive councillor hopes that the federal government’s anti-corruption measures will not end up slowing down the administration by adding more red tape, as in complicating or deviating due processes.

Howard Lee Chuan How (pix), who is in charge of the portfolios of youth and sports, said an imbalance between administrative and anti-corruption measures may disrupt the flow of governance.

He said that he lauded the government’s efforts to immerse its civil service servants with integrity-based programmes to ward off corruption. “But while the country needs to eradicate malfeasance of all forms, there must also be emphasis that such measures do not get in the way of good governance.”

There should not be overbearing of measures, which will end up distorting the ability of the civil workforce in serving the people well, said Lee said after closing an anti-corruption seminar, which was conducted by the Centre to Combat Corruption & Cronyism (C4 Centre) for the youth here.

He also emphasised for the Malaysian Anti-Corruption Commission (MACC) act on offenders, but not to an extent, and does not hamper the work of the innocent who have the best intentions to serve.

“Perhaps the balance can be secured later. Currently, if there is too much corruption, it must be dealt with to ensure zero tolerance,“ he said.

Lee spoke of how he had to lead by example when he assumed public office, selling his shares in government linked companies at a loss on his appointment as a state exco member by the Perak Ruler Sultan Nazrin Muizzuddin Shah.

“This was to avoid a conflict of interest,“ he said and added that assuming public office means sacrifice, and not an opportunity to exploit the situation for oneself.

Later, Lee led the Perak youth in the signing of a declaration to uphold good governance.

At the event, C4 Centre executive director Cynthia Gabriel said that the fight to eradicate corruption needs to be continous, despite the progress under Pakatan.