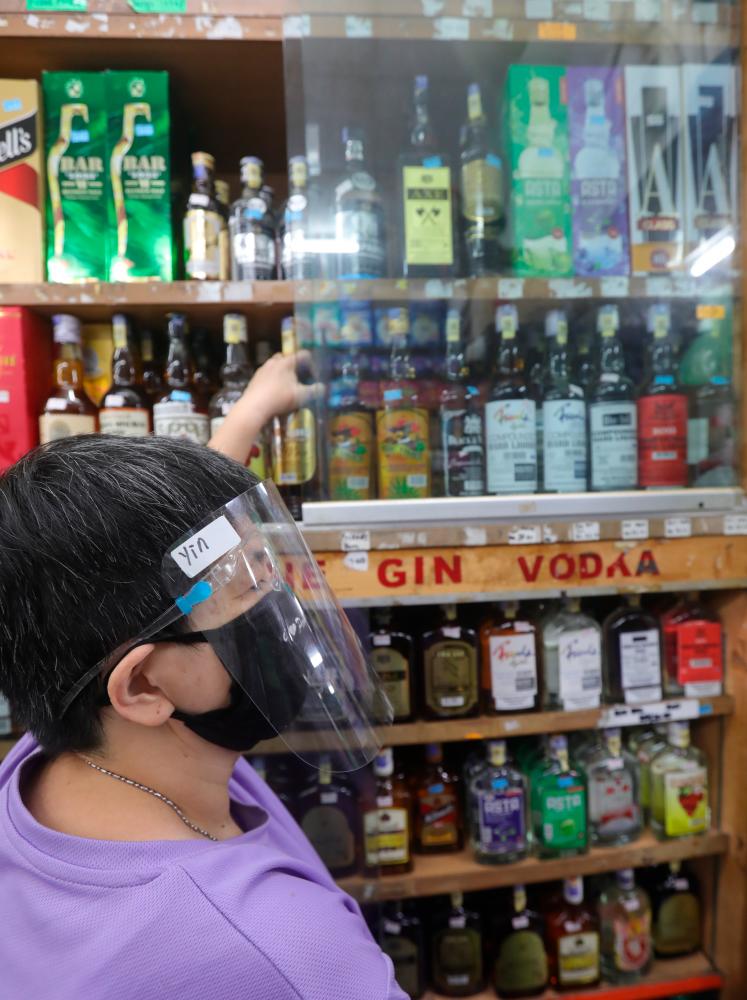 This is following the unjust ban by Dewan Bandaraya Kuala Lumpur (DBKL) on sundry shops and Chinese medicine halls selling alcohol to non-Muslims, the DAP secretary-general pointed out.

“Clearly the federal government is adopting PAS extremist policies nationwide including Sabah and Sarawak by requiring ordinary coffee-shops selling beer to apply for alcohol licenses. Coffee shops and restaurants in Perlis were reported by China Press that beer sales are limited to only four cartons of beer daily,” Lim said in a statement.

“This is not just about imposing additional financing burden by paying extra licensing costs by coffee shops and restaurants of more than RM1,000 under present difficult economic circumstances caused by the economic recession and Covid-19 pandemic.

“This is about deliberately imposing unnecessary restrictions and interfering in the customary lifestyle and business practices on non-Muslims that have been undisturbed since Merdeka to fulfil the political extremism of PAS.”

Lim said the latest ruling next year by the Customs Department next year on all coffee shops and restaurants will adversely impact over ten thousand business establishments throughout the country.

With the small profit margin on selling beer, some small coffee shops may even be compelled to stop selling beer because they can not afford the over RM1,000 in licensing fees, the Bagan MP said.

“Is this the outcome intended and the real political motivation of the federal government to comply with the wishes of the extremist PAS?” Lim asked.

A China Press news report on Dec 4 said that this ruling was supposed to be imposed in a 1976 excise regulation.

“This is disputed and can be contested in court. When I was Finance Minister as well as other previous Finance Ministers, this was never brought up or became an issue. Clearly this is a new ruling by the current government influenced by PAS extremist policies,” Lim said.

“The non-Muslim Ministers in Cabinet, especially those from Sabah and Sarawak, must bear full responsibility and explain why they did not stop but instead permitted or supported such extremist policies by the Federal Government and PAS.

“Clearly supporting the non-Muslim Ministers including GPS in the coming Sarawak general elections will only lead to erosion and even deprivation of non-Muslim rights to satisfy the extremist policies of PAS. Why interfere in the sale of beer to non-Muslims when they are not sold to Muslims?”

Pending further clarification from the Finance Minister or Customs Department on the legality of these unfair regulations, DAP urged local governments especially in the Pakatan Harapan-controlled states, not to implement such regulations that restricts and limits the existing rights of non-Muslims.

DAP shall also instruct our lawyers to examine the regulations to challenge in court these restrictions on coffee shops and restaurants selling beer requiring alcohol licenses, Lim added.